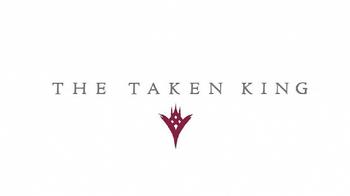 The reveal of The Taken King, Destiny's third and largest DLC left many veteran players disgruntled. Not because they weren't happy with the expansion itself, but because the content would differ greatly depending on what version you chose to purchase. In order to get both the Year One Veteran goodies and the new bits and pieces added in for new players, a whopping $120 would be your price tag. A little steep, and a bit harsh to ask a faithful community to buy content they already own just to get access to a few in-game items. A petition was started and the Bungie forums was overrun by complaints. Eventually, after a sad interview with a representative showing little to no PR smarts, Bungie caved and realized their mistake. They have since tried to right their wrongs by dividing the content further, making it possible for veterans to buy the DLC and the new in-game items separately. But a large part of the community is still disappointed. In today's Weekly Update, Community Manager Deej reveals that more is in the works to appease unhappy Guardians: 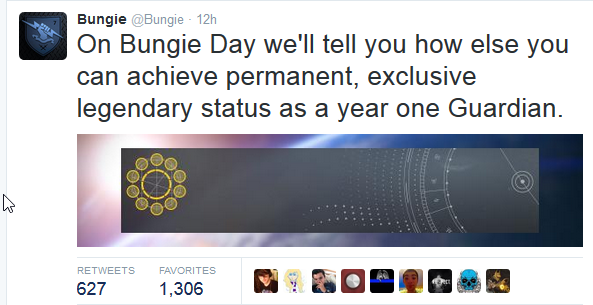 "Pay us a visit again on Tuesday. We’ll have some celebrations of the awesome stuff you’ve done this past year, along with some invitations for how you can express yourselves.

We’ll also tell you how any player who has braved the first year of Destiny can achieve permanent, exclusive legendary status. This is something we’ve been working on for a while, and your own triumphs are the crucial ingredient."

It remains to be seen if the "celebration" is going to be just another emblem or if it will be something a little more substantial. We will have to keep an eye out for updates on the 07/07 to find out if they actually mean what they are saying.

The Weekly Update also contains a list of features included in the new DLC, some of which have been known for some time now. Players will still be happy to read the following: "The most substantial injection of new, unique, and redesigned weapons, armor, and talents to date". Now all we need is more vault space...
You can read the full list here:

You can read the full Update Notes on their official website.

How about it Guardians? What do you think of Bungie's efforts?