Bungie Announces Changes to Quests and Bounties in Year 2 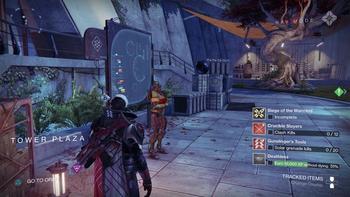 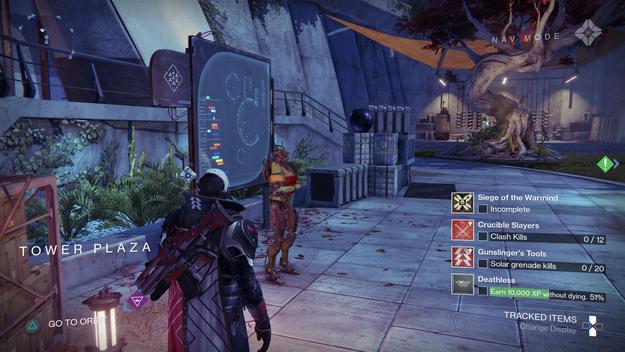 The Taken King DLC has been revealed, Bungie Day is behind us and with that, the Weekly Destiny Updates from Community Manager Deej are back to normal. Or are they? Well, this week's update is filled with information about how the coming DLC brings along changes to the game as a whole, more than it informs us about the current content. And according to Creative Director Luke Smith, a lot more information will be shared through the Update in the coming months. From what we get to see this time, the Taken King will bring changes that will make the Destiny experience a lot more user friendly and organized.

To start off, Smith explains their thoughts on quests:

"The implementation of Quests and Bounties in Year One was a foundation, but it was clear to us and the community that it was an area for improvement, especially if we wanted to rely on questing even more in Year Two. The Taken King was built with Quests in mind, but we didn't want to ignore the Year One content in this global change. So as a part of this update, we've taken all Destiny content and - for lack of a better term - "questified" it." 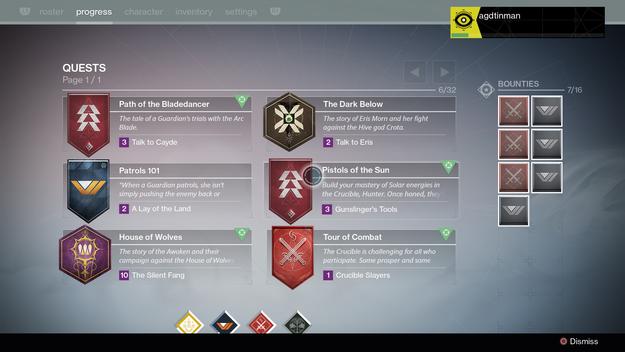 This means that the game itself will see several small, but significant, changes. A new tab labelled "Progress" will be added to the in-game menu, displaying your bounties and also your reputation in all the various factions. It looks like you will be able to work on 16 bounties at once, compared to the current 10. Additionally, it will let you turn in completed bounties without the need to travel, so no more trips to the Tower or Reef just for that.

​
Currently, when you bring up your Ghost in-game, there's not a lot of info displayed. With the coming changes, this screen will now track your quest progress in the lower right corner, making it much easier to keep track of your progress without accidentally getting killed in the process.

In the coming weeks and months, more of the changes Bungie has planned for the game in Year 2, or Destiny 2.0 as they call it, will be revealed through their Weekly Update posts, and according to Smith, these will include details on guns, balance, progression, destinations and enemies. It seems that the entire game will get an overhaul, hopefully for the better. There is definitely room for improvement in many areas, both small things and in larger, more game changing parts of the game and the community is more than eager to help point these out. The question is, will they eventually nerf the Gjallarhorn?