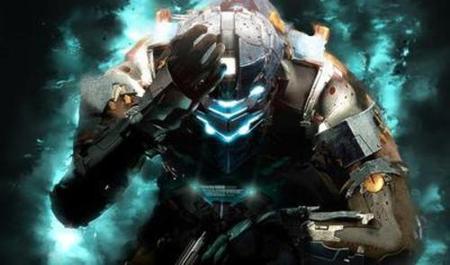 Take a deep breath, Isaac. There might be a round three.​
With rumors circulating throughout the Dead Space community concerning the premise for the possible upcoming Dead Space 3 installment having no expiry in sight, it would seem to be an exhale of excitement for many Dead Space fans to see retailer BT Games accidentally leak the possible game on their website. Albeit there being no official announcement from EA Games, BT Games insists the game is in fact deep in its developmental cycle and it will be hitting store shelves in times soon to come. Below is the supposed leak by the gaming retailer. 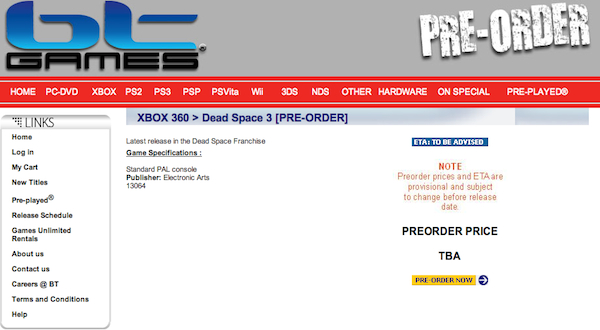 Aside from the image being a sort of hand having tangent quality in touching the hearts of die hard Dead Space fans in a sort of fashion that positively riles them up, the leak may actually be a marketing attempt to publicize the game prior to its announcement. Nevertheless, with the rumors that have been making their way around the many tangles of the Internet, Dead Space 3's alleged premise will take place on an icy planet named Tau Volantis. After crashing landing on the planet, and believing all of its inhabitants are dead, Isaac Clark travels to a nearby outpost to find Ellie who was an original survivor in Dead Space. Ellie, surprised and shocked, informs Isaac about the existence of other outposts and the groups of people who trekked to them. Not long after does the brave Issac gear up and courageously walks into the unknown. 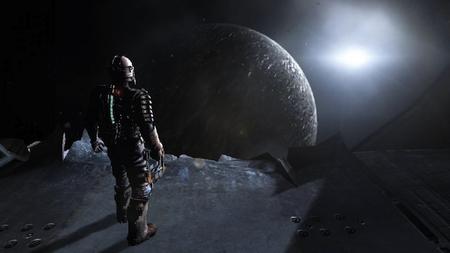 The icy planet of which Dead Space 3 is rumored to take place on.​
Remember that as of now Dead Space 3 is currently a rumor. There is no true solidifiable statement from EA Games concerning another installment in the Dead Space franchise, so therefore Dead Space 3 may never come to fruition. However the likelihood of Dead Space 3 being nothing more than a fanciful desire is quite low. Nevertheless, with the possible storyline premise and location, would you purchase Dead Space 3? Are you already dead set on purchasing the game regardless of where it takes place? Ready up, Isaac. You might be in for round three and this time you just might not survive.​
Click to expand...