Borderlands The Pre-Sequel - The Wait is Almost Over 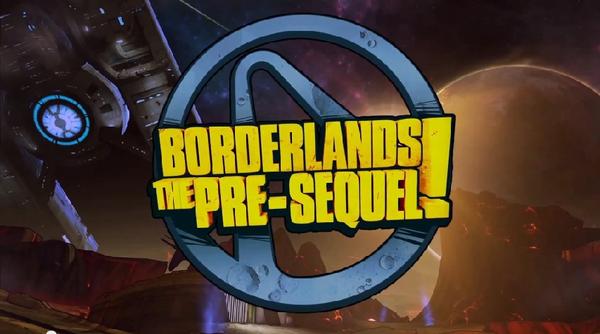 The wait is almost over, Vault Hunters! Gearbox and 2K Australia are soon ready to present us with the much anticipated third installment in the Borderlands franchise, Borderlands The Pre-Sequel. Leaving the planet Pandora behind and dropping us off on a fanbase dream, the Hyperion Moonbase, to experience the events that occurred between the first and second game. We will follow the main protagonist, Handsome Jack, and get to see what made him the evil douche we see in Borderlands 2, by playing one of 4 new playable characters. The game is, to the surprise of many at the announcement earlier this year, not released on Xbox One or PS4, but limited to old generation consoles. It will run similar to BL2, and players will have no problem recognizing game mechanics and visuals. The dream of Borderlands 3 on new gen remains, according to Gearbox's Randy Pitchford it will most likely happen, but they are focusing on their new ip Battleborn for now. We will have to let the Pre-Sequel quench our thirst for loot the time being.

The original Borderlands was a massive hit, and will for many players remain on the list of all time favorites, taking the "loot and shoot" genre to new heights with a hilarious sense of humor. The unusual graphics put some gamers off, but it was kept for the second game. With the addition of even more loot, more innuendo and more silliness it took the world by storm, creating another blockbuster title for Gearbox. It lost some of the original magic with the lack of lootsplosions and some disappointing DLCs made out of house, but you could say they redeemed themselves with the magnificent ending in the last DLC, the only one made by themselves. With the continuous addition of extra material, they managed to keep the fanbase interested, if not continually playing, but at least going back to the game occasionally. Although no one expected that we would get something new this soon, a new installment is more than welcome by most fans. However, some have doubts that it will feel like nothing more than like a large DLC to Borderlands 2. 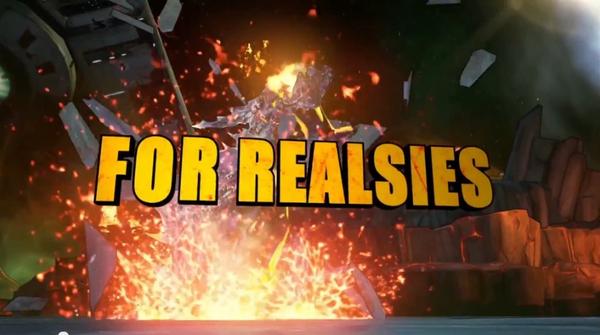 Saving Pandora and unveiling Jack's past is our mission this time around, and we will be executing this as one of 4 new playable characters: Claptrap the Fragtrap, Athena the Gladiator, Nisha the Lawbringer and Wilhelm the Cyborg. All of these are familiar names from the franchise, all of them former NPCs. They will have skill trees as we know them from BL2, with their own unique action skills. The ability to define characters through the skill trees was a strong point in Borderlands 2. The feature is still here, and the developers have put a lot of work into giving players plenty of options to play with, making one character able to play completely different if points are redistributed. A well built skill tree might be the difference between life or death. A welcome addition is the refined dialogue, giving us a little more than the repeated "That is beautiful" and "AAArrrggg" we know from BL2. For a game with multiple playthroughs, this sounds like a smart move, as it gets rather annoying to listen to your character spewing out the same 3 one-liners over and over again for several hundred hours. The game keeps the familiar 4 player co-op and the Badass Rank System known from BL2 as well. More details on skill trees and action skills can be found here.

​
New locations means new enemies and new friends, although some familiar faces like Mad Moxxi and Roland will be present, other favorite NPCs are completely missing from the roster. Scooter, Zed, Ellie and Marcus have yet to be mentioned, and some of them have even been replaced by new faces, we will meet new additions to the franchise like Nina the Nurse and Janey the Mechanic. How these will be welcomed remains to be seen, but from the footage we have been presented with so far they look to fit in with the others quite well. The new vehicles, the Stingray and the Moon Buggy, will allow rapid transportation between locations, and an all new feature entirely, the Grinder, allows you to get rid of a bunch of useless gear in exchange for something slightly better. A nice addition, although not really quite the gun part selection feature some fans were hoping for. 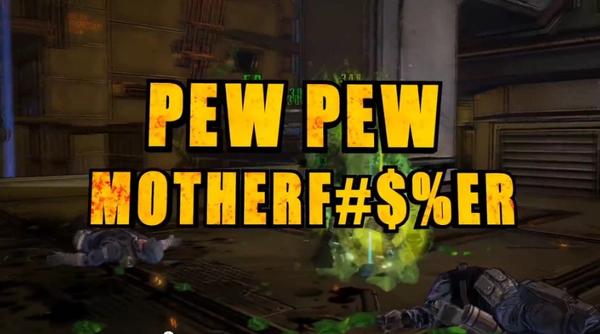 The moon has low gravity which brings a nice change in game mechanics, jumps will be huge and new gear is added to further play with the new environment. Oz-kits will let you boost your jumps, and also slam into the ground to obliterate your foes. It is called a butt slam of course, this is the Borderlands after all. As a loot and shoot game, BL2 advertized 87 bazillion guns. The Pre-Sequel is upping the number to, according to Sir Hammerlock in the latest trailer, "Excessive doom." It is known that some of the Legendary gear from BL2 will return, along with some new ones. The loot looks very similar, but the introduction of the Cryo element, a wide variety of never before seen laser guns and the OZ-kit replacing the relics from BL2 might just be enough to trigger the hunger for MORE GEAR.

If you pre-order the game you will get access to a Slaughter Pit, same style as in BL2. A Season Pass has also been announced not long ago, revealing 2 extra playable characters, one of them being Jack, or more accurately his body double from BL2, along with more missions and content. As promising as this looks, the main game comes first, and I’m sure we will have more than enough with 4 playthroughs to start with.The game will be available for PS3, Xbox 360 and PC on October 14th in the US and October the 17th in the rest of the world.


​
Take a look at the latest video released by Gearbox yesterday to see more of the madness that awaits. It looks awesome in my eyes, but as a huge fan I might be slightly bias. Still, the question that lingers on is whether or not this game will be too much like BL2 to keep players interested, or will this be the refill everyone is craving? Is this enough to bring people back to their old consoles?

I say get your supplies, settle down and get ready for some serious LOOTSPLOSIOOOONS!!!