Borderlands Remastered Bundle Coming to PS4 and Xbox One in March 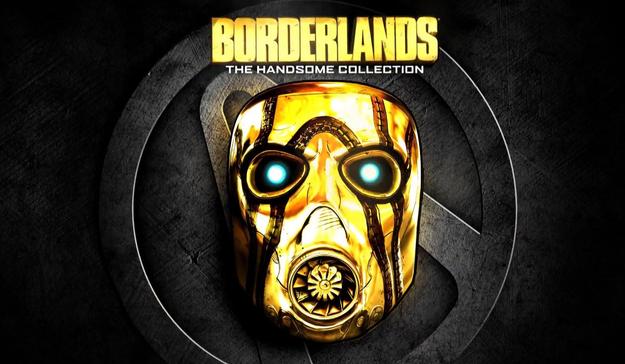 Tired of having to go back to an old generation console to play Borderlands The Pre-Sequel in between your GTA V sprees and CoD matches? Or did you sell your PS3 or 360 and hop aboard the next gen train, just to realize how much you missed shooting and looting in Borderlands 2? Well, you won't have to worry much longer, as Gearbox Software and 2K Games just announced that Borderlands the Handsome Collection will be hitting PlayStation 4 and Xbox One in late March this year. Behind this new fancy name you will find both Borderlands 2 and Borderlands The Pre-Sequel, and a ton of additional content. All downloadable content that was ever available for Borderlands 2 will be included, and that is quite a lot, 4 large story DLC's and a long list of small bits and bobs. The announcement states that all additional content released for TPS will also be in there, but as this game is a bit newer, not all of the planned content is out on PS3 and 360 yet. We do however know that as a part of the Season Pass, one story DLC and one new playable character is yet to come. Check out the spoiler below to check out the rather long list of included content.


​
Not many details were given in the announcement, so we don't know much about what changes they made to prepare these games for the next generation consoles, other than the fact that the resolution has been improved: "All in stunning high definition, with high performance and graphical fidelity never before seen on consoles!" So HD, I guess that is the least they could do. Hopefully they removed some of the rather annoying bugs too. Nothing like game breaking bugs in HD, right? In addition to better graphics, the games can now be enjoyed on 4 player split-screen, which surely will be a treat for some.

Just like Rockstar did when GTA V took the leap from old gen to new gen, Gearbox allow saves to be transferred over from Vita/PS3/360 to PS4/X1. So all your characters, all the loot you have collected and even all the Badass Rank you have earned can be brought over, as long as your old saves are from a console in the same family. This also leaves a small loophole for modders, as I doubt the game mechanics have been changed much. It might be wise to have your saves ready to go though, in case it is a one time transfer. 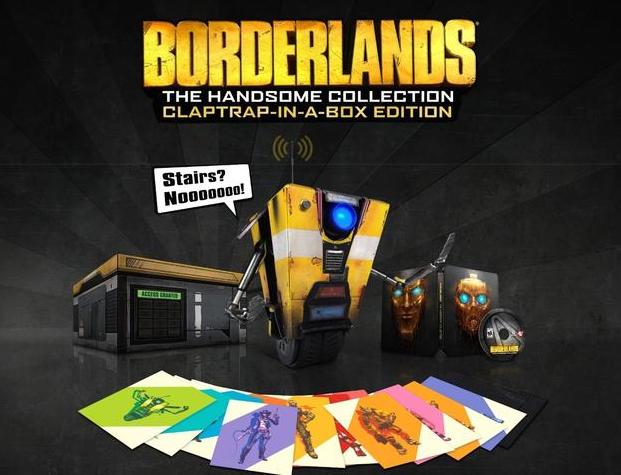 The Handsome Collection will cost $59.99, which gives you a lot of content for the price of one game. If you really love the franchise, there is a limited edition made in only 5000 copies called The Claptrap-in-a-Box Edition. It comes with a steelbook case, twelve lithographs (one for each vault hunter), and a remote-controlled Claptrap. If you have an extra $399 to spend, keep an eye out for this one. The release date is March 24th, 2015 in North America and internationally on March 27th, 2015.

For me this is somewhat of a treat, and I will definitely buy this bundle just because of my love Borderlands 2. I don't even care that I just played this on my 360 not too long ago. I know many of you are getting tired of remastered goods, but will you be getting this one?

Thank you EvoNightwolf for sharing the news.