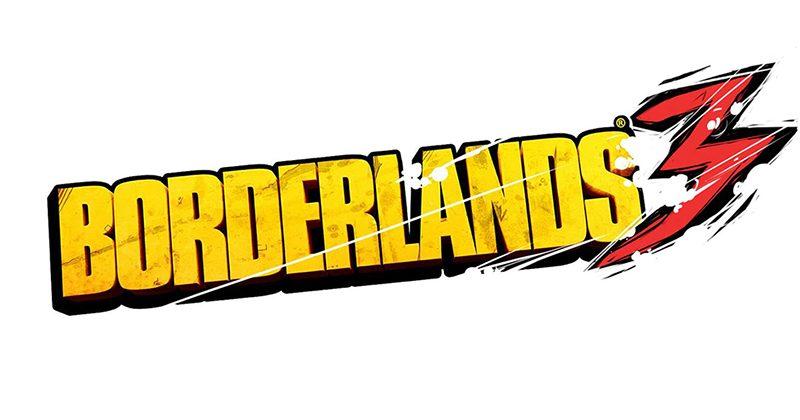 Gearbox Software has officially confirmed Borderlands 3, as part of what it is calling "The Year of Borderlands". The third mainline entry in the series was revealed at the developer's PAX East panel, where it showed off a rather meaty gameplay trailer. It begins with a shot of the iconic Psycho mask and pans up to reveal that the wasteland is as desolate and full of mayhem as when we last saw it.

A Children of the Vault camp is one of the first things we see and next to the entrance there are signs referring to Calypso. One message reads, "Answer Calypso's call," while another invites people to "Meet Calypso." This enigmatic figure is introduced in the very next scene and from her wry grin, overconfident swagger, and snarling sidekick, it's a pretty safe bet to say she'll be one of the key villains of Borderlands 3. For those that know their greek mythology, Calypso is the daughter of the titan, Atlas. It just so happens that Atlas is also the name of one of the big corporate entities on Pandora, where the Borderland games primarily take place.

In the next shot we're re-introduced to Lilith, who made her debut as a playable character in the first Borderlands title. She's a key figure in the mythos of Borderlands, being a Siren--incredibly powerful women that have mysterious backgrounds. It is believed that only six Sirens can exist at any one time and, to date, three have appeared in the games. While it doesn't seem like Lilith will be playable, she will no doubt play a huge part in the events of Borderlands 3.

From there, we're introduced to four characters. These are likely the Vault Hunters players will get to control. As of yet, it's unclear what classes they correspond to. The Borderlands games tend to have a mixture of traditional archetypes like Beserker, Hunter, and Soldier, but also throw some unexpected ones into the mix too, like Siren and Mechromancer. At one point the female Vault Hunter, who looks to be melee-focused, given her ripped physique and knuckle duster, summons multiple ethereal arms like a Bodhisattva.

The trailer quickly rolls on to quick cuts of action, with the four Vault Hunters cruising around in vehicles, firing all manner of strange weaponry--including a battle mech--and taking on vicious looking monsters. At one point Borderlands 2's Maya, who also happens to be a Siren, makes an appearance, though with much longer hair now.

One of the key new features for Borderlands 3 is revealed when the words "Explore the Worlds!" appear on screen. This indicates that the game is going to be much bigger than the previous two entries, offering players a variety of different worlds to scavenge for loot and hunt down mythical treasure in. The trailer showcases some of these, with a neon city that has towering skyscrapers and overgrown swamplands, alongside the traditional Mad Max-like desert terrain.

There's a brief intermission in the trailer for Brick to lay down a sax solo that, frankly, is quite good, before we get to the Borderlands series' biggest claim to fame: guns. This time around Gearbox is claiming that Borderlands 3 will have "one billion guns," one of which is an assault rifle with little robot legs that is skipping along while firing of shots. Basically, the trailer shows off pretty much exactly what most Borderlands fans want from a sequel.

Gearbox has said more information for Borderlands 3 will be revealed on April 3. "The Year of Borderlands" will also give fans of the series the opportunity to play a Game of the Year version of the first Borderlands, complete with new weapons and other improvements. Additionally, the Borderlands Handsome Collection on consoles is getting a graphical improvements by way of a free Ultra HD Texture Pack. This will also be available for Borderlands: The Pre-Sequel and Borderlands 2 on PC. Finally, all Borderlands 2's DLC will be added to Borderlands 2 for PlayStation VR this summer.