Bloodborne: The Dark Souls of the Next Generation PS4 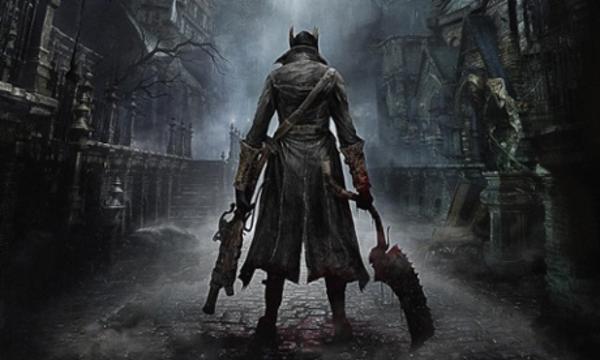 Bloodborne is one of the many Playstation 4 exclusives that was announced in this year's E3 event. The game's release date is sometime in 2015, with months ranging from as early as March, or as late as December. Regardless of the release date, the first look video shown at E3 is far from descriptive as to what the game has in store other than lots of gore. Fortunately, leaked gameplay and an interview with game director Hidetaka Miyazaki, the creator of the Dark Souls series, can clear up what the first look left out.


​
The graphics displayed in the video are breath taking to say the least. Of course, the graphics in the video and the graphics in the game itself could possibly be much different, but that doesn't seem to be the case after Miyazki explained his plans as far as cut scenes in the upcoming exclusive. He states that he has huge plans for animations in the game, as the Playstation 4 console has more memory available to allow it. He also mentions that Dark Souls has some similarities to his new project, but also differences. The setting is much different to start with. Theguardian, after talking to Miyazki, points out that uneven structures, different lighting, and overall structural differences are in store for players. However, combat, particularly the feel of combat can't be argued as any different. This is also seen in the gameplay that was leaked almost a month ago. As seen in the video, the combat style is seemingly similar to that of the Dark Souls games. Hopefully this will not discourage future buyers, as Miyazki has other changes in store for fans that want a change. One of the main focuses of Miyazki is the penalties of dying in the game, which he went in depth on in an interview.

Anyone that has played a game in the Dark Souls series will tell you that dying is frustrating to say the least. However, Miyazki makes it clear in his interview that the developers of the game are focusing a lot on what the penalty of dying in Bloodborne will be, as well as its severity. He states that he wants to reach a point where players will want to "take on the challenge again" rather than quit the game in frustration. This is easier said than done, as he must consider that if the penalty of death is not sever at all, players will not get a "rush of nearly dying" when they are near death. On the contrary, if the penalty is too sever, players will have no desire in continuing the game after multiple deaths. One of the ways Miyazki intends to fix this dilemma is with many tactical options that the player can personalize and utilize to proceed in the game. This wide range of options will allow for multiple approaches, which will keep each challenge new and interesting. One of the most frustrating factors about certain games is how repetitive each challenge is. If there is only one existing way to advance in the game, regardless of how challenging the advancement is, the game will become boring quickly.

Personally, it excites me to know that next generation game developers understand the concepts that keep game disks in the disk drive. There is nothing more frustrating than buying a new game, and forcing yourself to continue playing the game when it turns out to be nothing like you imagined it would be to make use of your money. Miyazki has another year to work out the severity of the "death penalty" in the game, but due to his in depth mention of it in his interview, I doubt that he will do anything less than a stellar job.