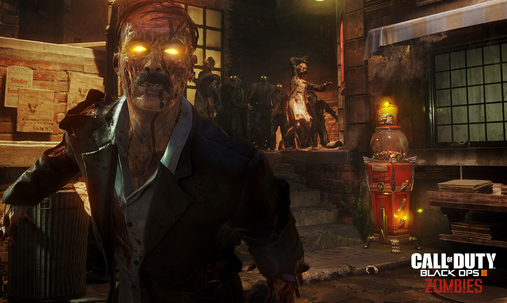 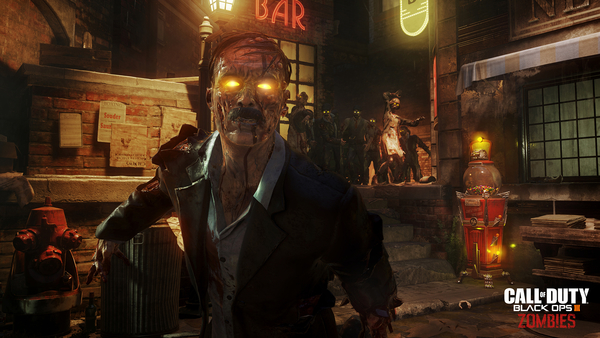 Sony kicked off their Paris Games Week press conference with a reveal of their new trailer for the Black Ops III Zombies map 'The Giant'. The Giant will be a featured map for Black Ops 3 on current generation consoles and PC. Its announcement caused fans to go wild when they found out it was going to be a continuation of the famous Call of Duty: World at War Zombies map, Der Riese.

Following The Giant's reveal, Treyarch explained that the map would allow players to pick up the storyline where it left off, and will be including old characters such as Dempsey, Nikolai, Takeo, and meddling German scientist Doctor Edward Richtofen. Treyarch released gameplay of the The Giant as a treat to all those zombie fans awaiting the release of Black Ops 3. The following trailer was revealed at the start of the Sony Paris Games Week press conference, as Treyarch unveiled sneak peeks of the soon to be Zombies map.

Players of this map will have to force their way through hordes of yellow-eyed zombies to stay alive, with the addition of savage wolf enemies trying to stop them dead in their tracks, therefore creating a great challenge for Black Ops 3 players. Although it may be a difficult feat, players will have plenty of weapons available in order to slay all of the undead enemies. With all these features comes another, and that is the return of the pack-a-punch machine, which allows players to upgrade their weapons and have a much easier time killing zombies.

The Giant will be available to play on current generation and PC once Black Ops 3 hits stores on November 16th, 2015. But will unfortunately not be making its way to last gen. The map will be available on day one for those who have purchased the game's season pass, or for those who have bought the Black Ops 3 Collector's Edition, which comes with a ‘Juggernog’ mini-fridge.