Black Ops III DLC 3 Gets a Trailer and Release Date 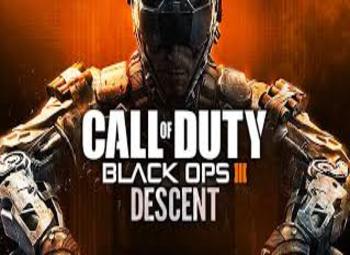 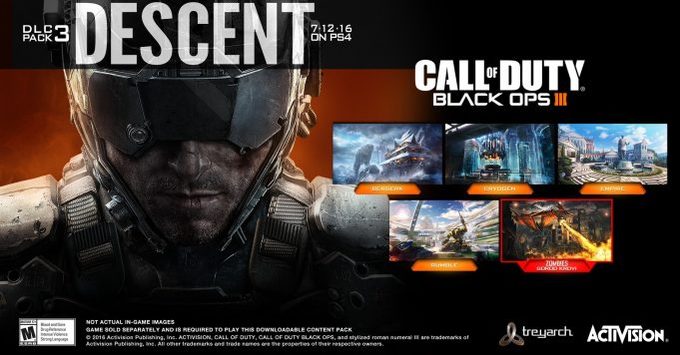 Exciting news for fans of Call of Duty Black Ops III dropped yesterday, when Treyarch announced the new DLC for the popular game; Descent. Unsurprisingly, this DLC will include four multiplayer maps, and one zombies map; something that is to be expected of Treyarch. Similar to the rest of the DLC for Black Ops III, PlayStation 4 users can get their mitts on it a month earlier than PC and Xbox One owners.

The new zombies map, titled Gorod Krovi, continues from the ending of Black Ops II's Origins map, in an alternate universe from the main plot. Judging by the equipment worn by the zombies themselves and the location, the Russian city of Stalingrad, this appears to take place during or shortly after World War 1. Except in this story, it appears as if Stalingrad suffered a worse fate than in reality, as it appears to have been mostly destroyed. In amongst the ruins of the city players can find new secrets, new perks, including some sort of gumball, and best of all, new weapons. In the official trailer for Gorod Krovi, Dempsey can be seen getting an old favorite out of the mystery box; the PPSH. There is also supposedly a Raygun Mark III obtainable within the map. Also, Nikolai can be seen wielding a fire-breathing dragon riot shield. That brings us to the subject of the new enemies. In the trailer, little drones with arms can be seen being shot at by players, and some sort of lightning zombie. And best of all, dragons. Giant fire-breathing dragons will appear as enemies in the map, although it currently isn't known how they'll factor into gameplay. You can check out the trailer below.

Along with the new zombies map, there are four new multiplayer maps on their way. These maps are called Cryogen, Empire, Berserk, and Rumble, with Empire being a remake of the popular map from Black Ops II, Raid. Along with the names, brief descriptions of each map were released, and can be seen below.

The DLC will be released on PlayStation 4 July 12, 2016, and for Xbox One and PC approximately one month later. Those who purchased the Season Pass are entitled to the DLC, but it can be purchased on it's own for $15. The DLC can be pre-ordered, and if you do, you will receive a Gorod Krovi theme for your PlayStation 4.

Are you a fan of the game? Do you plan on buying this DLC? Let us know in the comments!