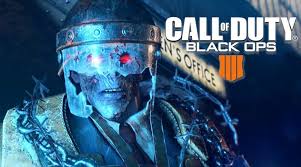 Ahead of its launch on October 12, Activision's Call of Duty: Black Ops 4 is now available to pre-load across Xbox One, PlayStation 4, and PC. GameSpot discovered that it weighs in at 49.33 GB on Xbox One, and the file size is presumably similar on PS4 and PC.

In fact, Activision said in a post on Reddit that the file size for the digital full game is 55 GB, but this appears to be an average across PS4, Xbox One, and PC. If you're picking up Black Ops 4 on a physical disc, you cannot pre-load, of course. Additionally, the physical disc version requires a hefty 50 GB day one update, so that's something you may want to consider.

Pre-loading on console started at 12 AM local time where you live on October 10, while PC players have been able to pre-load since October 9. It's not immediately clear when the Black Ops 4 servers go live, but it should be in the early hours of October 12.

You can start playing Black Ops 4's battle royale mode, Blackout, after the download is around 30 percent complete (which amounts to 16-20 GB depending on your platform), Activision clarified in its Reddit post. However, the download needs to finish completely to play the rest of the modes including multiplayer, Zombies, and the Specialist Headquarters.

Black Ops 4 does not feature a traditional campaign, but the Specialist Headquarters mode will offer single-player scenarios that contain some story elements. As for Blackout, this is Call of Duty's response to battle royale games PUBG and Fortnite; you can check out the newest Blackout trailer in the embed above.

Black Ops 4 is developed by Treyarch, which created the Black Ops sub-brand and the fan-favourite Zombies mode. For more on the game, check out everything we know about Call of Duty: Black Ops 4. If you're thinking about picking up the game, there are numerous editions available for pre-order.