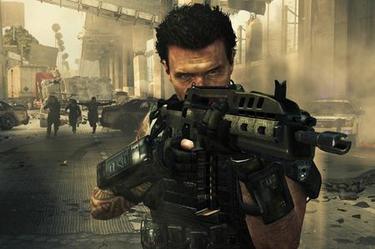 Black Ops 2 is certainly destined to grace the hands of many with such blends of playability, graphical prowess, campaign magnificence, and multiplayer addictiveness not seen since the memorable reign of Call of Duty 4, or so it seems with a Treyarch promise and game relevant disclosures. As the clock ticks away towards such a feasible experience, one cannot ignore the intermission between then and now, for as more information pours in concerning what Black Ops 2 will bring to the table, one can not help but smile. Black Ops 2 may finally be the game that will bring Call of Duty out of the frying pan and into the feeding frenzy of the table of eager gamers.

Treyarch, whose hands seemed to be mended for the worse rather than the better in Black Ops 1, is the obvious culprit behind the massive amount of alluring changes that will inevitably change the way we see the Call of Duty franchise. From subpar graphics that existed on an engine even primitive to Modern Warfare 2 (released prior to Black Ops 1), killstreak choices that drew many away, seemingly linear and awkward campaign storyline, and one size fits all multiplayer, Black Ops 2 is tailored made to alleviate all those problems and destroy the normal Call of Duty status quo. Should wary, skeptical, and hesitant gamers be reading this, draw your eyes away; Black Ops 2 may be something too unbelieveable to those expecting a stale Call of Duty experience this fall.

Typically all First Person Shooter games are expected to provide both a single player and multiplayer venue, and Call of Duty does deliver as expected. However, as many acknowledge, nearly every single Call of Duty installament as of late has been lacking in the single player department. Treyarch ensures such a trend will be sliced and diced to be reconfigured into such a fashion that will discard the traditional linear storyline rulebook that alot of FPS games follow in their campaigns. Black Ops 2 will personally enrich its own campaign with a multitude of in-mission choices and decisions that ultimately affect the outcome of the current mission that a player is partaking in. In result, as your decisions will not amount to the same outcome, you will be able to enjoy different end mission presentations. This is only on a mission to mission scale. These decisions, as figured, will practically culminate into certain events in the campaign which will dictate who lives, who dies, and how the war will end. Similar to Mass Effect 3, the player will also be able to enjoy several endings which have noticeable differences from one another. Never introduced in the Call of Duty franchise, the player will truly be able to partake in a Call of Duty single player experience that permits a multitude of outcomes dependent on a player's in-game decisions. The core gameplay found in Black Ops 2 single player campaign is a conglomerate of both essential and fundamental playability features and a fresh array of attractive new functions packed together to make a never before seen Call of Duty campaign experience. Aside from the weaponry wielded by the protagonists in Black Ops 2 that will allow certain advanced rifles, robots, and vehicles to make their first Call of Duty cameos, the player will be able to enjoy sandbox environments in intense battle situations. For instance, as unveiled in a recent information disclosure, David Mason, the main Black Ops 2 protagonist and son of Alex Mason in Black Ops 1, will pilot a Harrier to protect the U.S President in the very first mission of the game. Unlike obvious scripted and confined missions seen in other games utilizing aircraft, Black Ops 2 allows for free movements within the Harrier as the player lays destruction with chain guns, Skyburst missiles whilst dogfighting with UAV's and assualting ground units. Also new to the franchise are missions labeled "Strike Force Missions," which essentially grant the player the ability to control an entire team of combatants. Permitted to selectively switch between members during anytime of the missions, players will enjoy the tactical shooting Rainbow Six and Ghost Recon-esque gameplay styles these missions encompass. As previously stated these missions, whether you succeed or fail, will unavoidable proceed onto the next mission. Alongside new enemies, a storyline that is unique and follows its precedessor, and a plethora of other new feature debuts, Black Ops 2 is nearly guranteeing a Call of Duty campaign experience never seen or felt before. 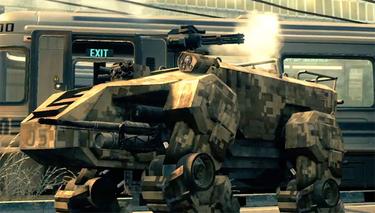 CLAW Mechs, a new enemy, aren't behemoths as speculated. In fact they're barely taller than a human.​
On the flipside of the FPS genre coin lays an equally vital factor in any FPS game's success: its multiplayer. Albeit the lack of information divulging the specifics of all the modes that will be reappearing and also the specific details of new modes that will be making a debut for the first time in Black Ops 2, Treyarch ensures that the multiplayer experience will be unrecognizeable from its ancestors. Built from scratch, all options considered, and eyes set on the prize, Treyarch has constructed a multiplayer sturcture set for pleasing all crowds with accomodations set for every sector of the tremendous Call of Duty community. The minority that consists of FPS beginners will be blessed with a Training Camp mode whilst those donning gaming headsets and a desire to play competitively will find solace in new playlists and modes geared towards satisfying such a crowd. As for those seeking casual gaming, don't feel left out. Treyarch promises to include playlists built to please those who simply get on multiplayer to enjoy it. Sporting new perks, customization options, killstreaks, weapons, attachments, and much more, players will be able to enhance their very own multiplayer experiences with a Call of Duty ELITE subscription that is rumored to be directly and fully integrated into Black Ops 2's multiplayer. Couple this in with graphical teams solely tasked with beautifying maps, a desire to recreate the Call of Duty multiplayer experience for the better, and a weapons arsenal not seen before in the Call of Duty franchise and Treyarch may redeem Call of Duty's multiplayer effectively ushering it from the dirt to the clouds.​ 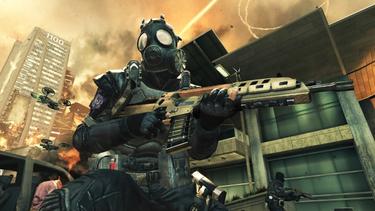 A weapon new to Call of Duty, the XM-8 will debut in both campaign and multiplayer.​
Zombies, by starburst popularity and demand, will be making a return of much granduer and splendor. As the mode aged over the years of its introduction in Call of Duty: World at War and Black Ops 1, it invited its own zombies community, zombies storyline, and zombies characters to ajoin with the already present Call of Duty community. Zombies is irrefutably a game mode that compliments Treyarch's Call of Duty installments and can now be said, without a doubt, that it is an essential part of Black Ops 2's formula for success. Very, very little information has been released concerning how the zombies storyline will play out in Black Ops 2 considering how the zombies storyline ended in Black Ops 1. Many believe that the zombies in Black Ops 2 may take place prior to the events of Dempsey and the gang reaching the moon, but after they arrive in during the Cold War era. Others believe that Black Ops 2 may have a non-Black Ops 1 canon story and completely ignore the events that occured in the previous zombie maps altogether. Regardless, Black Ops 2 will feature zombies in a new light as players will be able to participate in 8 player games with one team of humans another of zombies. This is a classic survival scenario that can be found in games such as Dead Space and Left 4 Dead, both respectable games, but it is expected that Treyarch will toss in a few twists to seperate itself from the rest. Nevertheless, Zombies is confirmed to reappear in the upcoming Black Ops 2. With many fingers crossed, many zombies communities from around the world anticipate a zombies experience that expands beyond its core, but further upgrades the fun found in its core.​ 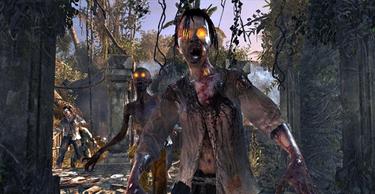 Ray Gun: Check. Thundergun: Check. Juggernaut: Check.​
Regardless of how one may perceieve the collective reputation amassed by the recent Call of Duty releases, Black Ops 2 is so far impressing many and leaving few disappointed. Whether you are bound to purchase Black Ops 2 for its single player, multiplayer, or zombies, Treyarch is seemingly catering to all three modes in such a way to please any possible crowd and gamer demographic. In my opinion, I am happily awaiting the release day for Black Ops 2. I am rather surprised at the new features to be included into the final copy of the game and all the massive improvements to be seen in the Black Ops sequel. I wouldn't be surprised to see Black Ops 2 causing Modern Warfare 3 meet the fate of Black Ops 1's servers today: nearly empty and barren. Nevertheless, the world will have to wait and see as to how Black Ops will fare out. Will it be a redeemer or just another coin in the fountain for the Call of Duty series?​
Click to expand...