BioShock: The Collection is Coming in September 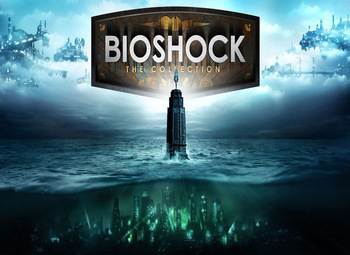 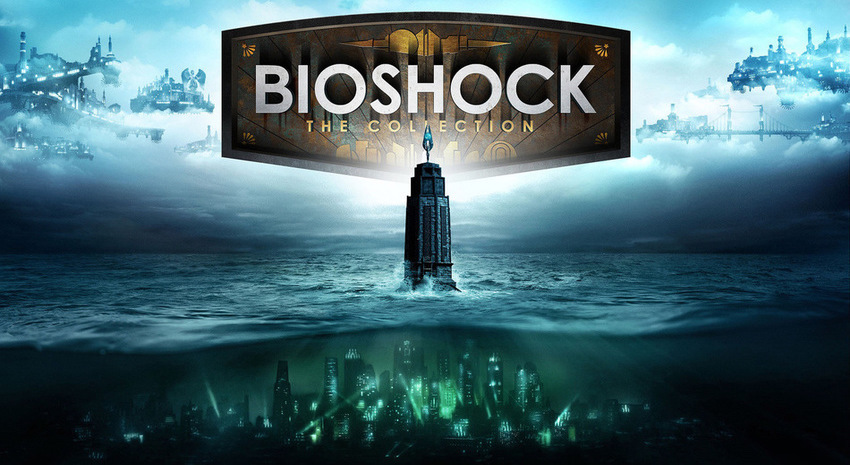 Many gamers across the globe were excited yesterday when an announcement regarding the BioShock series was issued by developer 2K. This announcement was in regards to an up-coming release, titled BioShock: The Collection; a remastered ensemble of the BioShock series; we even got a trailer. This game will include remastered versions of BioShock, BioShock 2, and BioShock Infinite, as well as all corresponding DLC. On top of that, for the hardcore BioShock fan, this collection will include a director's commentary feature known as Imagining BioShock, and will feature lead director Ken Levine and head artist Shawn Robertson.

BioShock Remastered will include the Museum of Orphaned Concepts and Challenge Rooms DLC, and the Directors Commentary will be attached to the first game. BioShock takes place in the 1960's and follows to tale of our protagonist Jack, who, after his plane crashes into the ocean, winds up in an underwater city called Rapture. Rapture was intended to be an isolated utopia for the elites of society, but when ADAM is discovered, a drug-like substance that can give users superhuman abilities, the city goes into a frenzy. Jack is forced to find a way to escape the danger-filled city, and learns some of Rapture's past along the way. The game features a variety of weapons and obtainable powers, as well as one of the most iconic enemies in video game history; Big Daddies. You can check out the trailer for the whole collection below.

BioShock 2 Remastered will include the Minerva's Den and Protectors Trials DLC, but sadly will not include the multiplayer mode featured in the original BioShock 2. The game is a direct sequel to BioShock, and takes place eight years after the events of the first game, once again in the underwater city of Rapture. The player takes control of Subject Delta, one of the early prototypes of the Big Daddies, as he tries to reconnect with his Little Sister, Eleanor, who he was separated from ten years prior to the events of the game. But Eleanor's Mother has other plans for her, and Delta is forced to save her. This game features more weapons than the last, and introduces tonics to the series, which act as passive power boosters.

BioShock Infinite Remastered will include Clash in the Clouds, Columbia's Finest Pack, and both episodes of Burial at Sea, all of which were DLC in the original release of the game. For Infinite, it is worth noting that the PC version is not at all remastered and will include the original game instead, due to the fact that it already meets current-gen console standards and can achieve beautiful graphics, as well as run smoothly on high settings. BioShock Infinite takes place in 1912 and follows Booker DeWitt, who ventures to the floating city Columbia to rescue a girl named Elizabeth, who has been imprisoned there her entire life. Upon rescuing Elizabeth, Booker finds himself wedged in between conflict with the city's two factions; the Founders, who want to keep power in Columbia for white Americans, and the Vox Populi, who represent the lower class of the city. Eventually Booker learns of a hidden ability Elizabeth possesses, which allows her to create and manipulate tears in space and time, and later he learns more about the dark connections between Elizabeth and the city's past... The player works alongside Elizabeth occasionally, who is AI-controlled, to complete puzzles and missions. The Burial at Sea DLC included with the remastered version of the game links BioShock Infinite and BioShock.

BioShock: The Collection will run you $60, and is scheduled to release in North America on September 13, 2016, Australia on September 15, and it hits the rest of the world on September 16; for PlayStation 4, Xbox One, and PC.

Are you a fan of the series? Do you plan on purchasing this collection? Let us know in the comments!