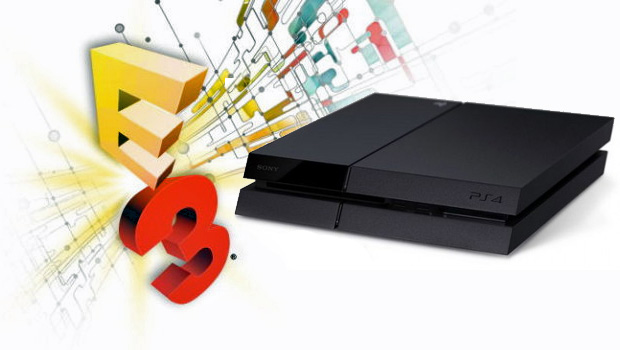 This year's E3 holds the promise of exciting new PS4 games. While we're still uncertain what publishers and developers will showcase at E3 2017, we've compiled the biggest PS4 games that we anticipate to be at the show. Click ahead for a look at what to expect.

E3 2017 runs June 13-15 with briefings from Microsoft, Sony, Nintendo, Bethesda, Electronic Arts, and Ubisoft planned for the days before the show kicks off. You can find a full schedule in our feature on the publisher press conferences times.

On the surface, Volition Entertainment's next open-world action game looks like a major departure from its past work on Saints Row; but at its heart, it's still all about causing as much chaos as possible with a colorful group of characters. With its release coming August 15, there's still much to learn about this bombastic and goofy take on super-secret agencies battling evil organizations.

A new Assassin's Creed has been confirmed after the series took a year off, but nothing has been shared officially beyond that. Ubisoft has teased that with this new game, "a new era begins." Previous reports and leaks have suggested the game will be set in Egypt and carry the name Assassin's Creed: Origins.

After the underwhelming Mass Effect: Andromeda, BioWare looks to rebound with what sounds like an ambitious project set in an all-new universe. Fans can expect the game to have "new concepts, new gameplay mechanics, and new stories set in a unique universe." Made by the same team that created Knights of the Old Republic, the new IP is probably still a ways off from release, but EA could show at least a teaser at E3.

Bloodstained: Ritual of the Night

Koji "IGA" Igarashi, best known as the mind behind Castlevania: Symphony of the Night, returns with what's essentially a spiritual successor to that game. In other words, it's a new Metroidvania from one of the key people who established the pillars of that genre in the first place.

The Call of Duty series goes back to its roots this year with the Sledgehammer Games-developed shooter that seems to draw influence from the Band of Brothers mini-series.. We expect to see more of the multiplayer at E3, and it's exciting to think about a stripped-down experience after the latest games were set in the future with all manner of super-abilities and equipment.

Crash Bandicoot: N. Sane Trilogy is a collection of high-definition remasters of the first three Crash Bandicoot games. Aside from remastered graphics, it also sports new features, including time trials in all three games, as well as adjusted level design and difficulty.

The Crew 2 is the follow-up to Ubisoft's 2014 open-world racer, which let players speed across a scaled version of the entire United States. Currently, we don't know much about the sequel, though the game's official forum features a logo along with the tag line "Beyond the road." The Crew 2 is due before the end of March 2018.

Days Gone is an open-world zombie game exclusive to PS4. Announced at E3 2016, we haven't seen much else since about Sony Bend's upcoming title, but the third-person shooting and survival gameplay mean we're looking forward to seeing more.

There's still much to learn about the sequel to Bungie's shared world shooter. While the massive reveal from last month gave us a lot to anticipate, we're still looking forward to E3 clearing up more of the specifics regarding the changes to the core gameplay loop, and just how our guardians will fit into the altered landscape post-Destiny 1.

David Cage and Quantic Dream are following up Heavy Rain and Beyond: Two Souls with another intriguing project in the form of the PS4-exclusive Detroit: Become Human. This cinematic adventure tells the story of robot life coming to terms with its existence, and we're eager to see more of it at E3.

Moving away from the tropical and exotic locales of series past, Far Cry 5 brings the action to big sky country Montana, USA. After a lot of noise came out from the reveal of the game's setting and evocative cover art, there's much anticipation in seeing how far Ubisoft will go with this next entry in the series. While Far Cry 5's action and over-the-top theatrics will take center stage, the drastic change in scenery should spice things up considerably.

The video game industry's biggest sports franchise, FIFA, returns in September with a new entry with Cristiano Ronaldo on the cover for the first time ever. The single-player story mode, The Journey, returns, while there will of course be the usual gameplay improvements. Expect FIFA 18 to feature in a big way at EA's briefing this year.

The highly anticipated Final Fantasy VII Remake is built from the ground up with fully polygonal graphics as opposed to the pre-rendered environments of the original. It also features a real-time combat system similar to Final Fantasy XV and Kingdom Hearts. The game was originally being developed with the assistance of Cyberconnect 2; however, the project is now being made internally at Square Enix.

God of War is the latest entry in the long-running action game franchise developed by Sony Santa Monica. While the game shares the same name as the first game in the series, it's actually meant to be a soft reboot to the story of protagonist Kratos.

After many spinoffs, prequels, and confusingly named tie-ins, a proper sequel to Kingdom Hearts 2 is on the way. Sora, Donald, and Goofy return to begin their search for the Key to Return Hearts, travelling through unforgettable Disney worlds and meeting iconic characters along the way.

Knack launched alongside the PlayStation 4 console in 2013, and despite a mixed critical reception, it's getting a sequel. It apparently brings "new moves, improved couch co-op, vibrant environments, and fun-filled combat," but we don't currently know a release window.

The Last of Us Part II

The Last of Us Part II provides a continuation of the story from Naughty Dog's acclaimed game. The studio has been tight-lipped about what it entails, but we do know that both Joel and Ellie return.

Last year's Madden game pushed the series forward with commentary updated on a weekly basis, and this year's game will do something new as well, it seems. A single-player mode similar to FIFA's The Journey has been teased, and you can expect to hear more about this and more during EA's briefing.

Making a surprise comeback, Marvel Vs. Capcom: Infinite makes big changes to the tried-and-tested formula of over the top 3-on-3 fighting by introducing the all powerful Infinity Stones and dropping the team number to 2-on-2.

Metal Gear Survive is a new game set between Metal Gear Solid V: Ground Zeroes and The Phantom Pain. Series creator Hideo Kojima, who has moved on from Konami, is not involved, and it offers a new style for the series that features what looks like zombies as enemies.

In the follow up to GameSpot’s 2014 Game of the Year, Shadow of War brings Talion and his wraith companion Celebrimbor back to the front lines in their fight against Sauron and his dark army. In a larger and more open world, including new loot and gear to uncover, the undead ranger will have to form his own army to engage in an epic standoff against The Dark Lord.

While NBA Live 18 seeks to become a worthy contender, NBA 2K18 stands as the latest entry in the genre-dominating series. We don't yet know what to expect, but at the very least, you can expect the usual visual improvements and other refinements.

There have been few entries in the NBA Live series over the last decade, with NBA Live 18 representing the latest attempt of EA to become competitive in the basketball sim space. Virtually nothing is known about the game at this point, but you can likely expect EA to attempt to demonstrate that it has finally nailed the fundamentals of basketball.

After a year away, the Need for Speed series returns with Payback. More than just the standard racing game you might expect, EA says you'll also engage in heists, car battles, and more while playing as three distinct characters.

Ni No Kuni II: Revenant Kingdom is the long-awaited sequel to 2010's Ni No Kuni: Wrath of the White Witch. Rather than continuing the adventures of the protagonists from the first game, it introduces a completely new cast of characters who must fight against an emerging threat in the kingdom of Ding Dong Dell.

As the follow up to Double Fine Games’ cult hit from 2005, Raz and the Psychonauts are caught up in another adventure where they’ll have to use their psychic powers to traverse the environments and invade the minds of others to uncover the secrets behind the Psychonauts organization.

Sonic Forces is the latest 3D Sonic game, starring not only modern Sonic and classic Sonic, but a completely new hero that you create and customize.

Sonic Mania returns to the gameplay and visual style of the original Sonic the Hedgehog games on Sega Genesis. It's being developed primarily by programmers Christian "Taxman" Whitehead and Simon "Stealth" Thomley, who are both known by fans as major contributors to the Sonic ROM hack community.

South Park: The Fractured But Whole

Set the day after The Stick of Truth, The Fractured But Whole has the South Park kids caught up in another game of make believe that quickly gets out of hand. Trading out swords and sorcery for capes and utility belts, the kids will explore the town, fight crime, and engage in turn-based battles to decide who gets to lead their new superhero franchise.

2015's Star Wars Battlefront was a fun game that let you live out your Star Wars fantasies. It shipped more than 14 million copies, making it one of the most commercially successful Star Wars games in history, but many remarked that it didn't offer enough depth. EA has acknowledged this feedback and has promised a bigger and better sequel that features characters and storylines from all eras of Star Wars. And there is a single-player mode this time.

Uncharted 4 wrapped up Nathan Drake's story, but the franchise continues with Uncharted: The Lost Legacy, which is due out in August. Set in India, the game focuses on the characters Chloe and Nadine with a story involving the Tusk of Ganesha. It's a $40 standalone game containing the largest level Naughty Dog has ever made, so we are definitely excited to see more at E3.

Yakuza Kiwami is a remake of the first entry of the Yakuza series. It improves the resolution, textures, and loading times, and clears up some of the first game's more confusing plot lines and inconsistencies.

Yakuza 6 is the latest entry in Sega's long-running crime-drama action series. The game originally came out in Japan in 2016; however, it's finally set for a western release sometime in 2018.