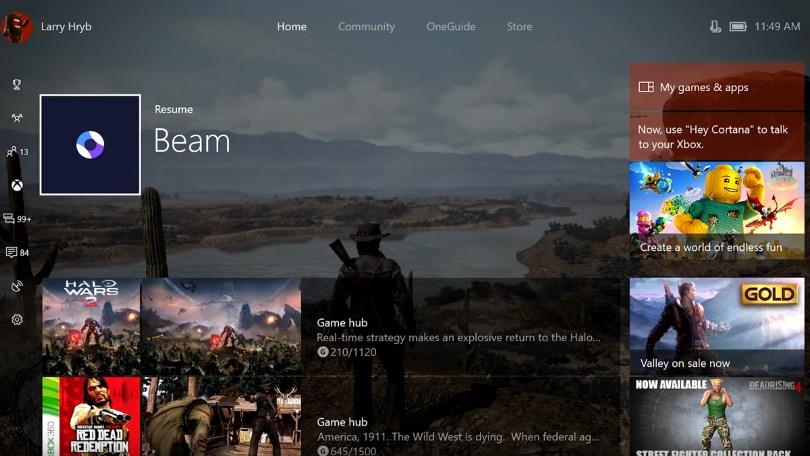 ​
A major update for Xbox One launches today, delivering many of the new features and refinements we've been hearing about over the past few months. Many of the changes center around improving performance of the overall dashboard, as well as providing quicker access to frequently used features. The Home screen now houses a much smaller icon for the game you're currently playing and provides options to jump to related areas, such as its Game Hub. Additionally, the background will now feature artwork from the game, provided you don't have custom background art already set.

The Guide screen has also been refined and is now accessed with a single press of the Xbox button, rather than two. The first tab that's shown allows you to move to the Home screen or access the My Games and Apps section, Xbox Store, recently launched apps, pins, and more. There are also background music controls and an easy way to jump into the GameDVR menu, allowing you to record clips of various lengths (up to five minutes) or start recording a manual clip (lasting up to 10 minutes).

The other major feature is integration with the Beam game-livestreaming service, which also comes to Windows 10 through an update on April 11. You can read more about Beam in our new interview with Microsoft.

Other additions in today's update include a customizable on-screen Achievement tracker (which somewhat makes up for the removal of Snap mode), Blu-ray player bitstream passthrough, the co-pilot accessibility feature, and more.