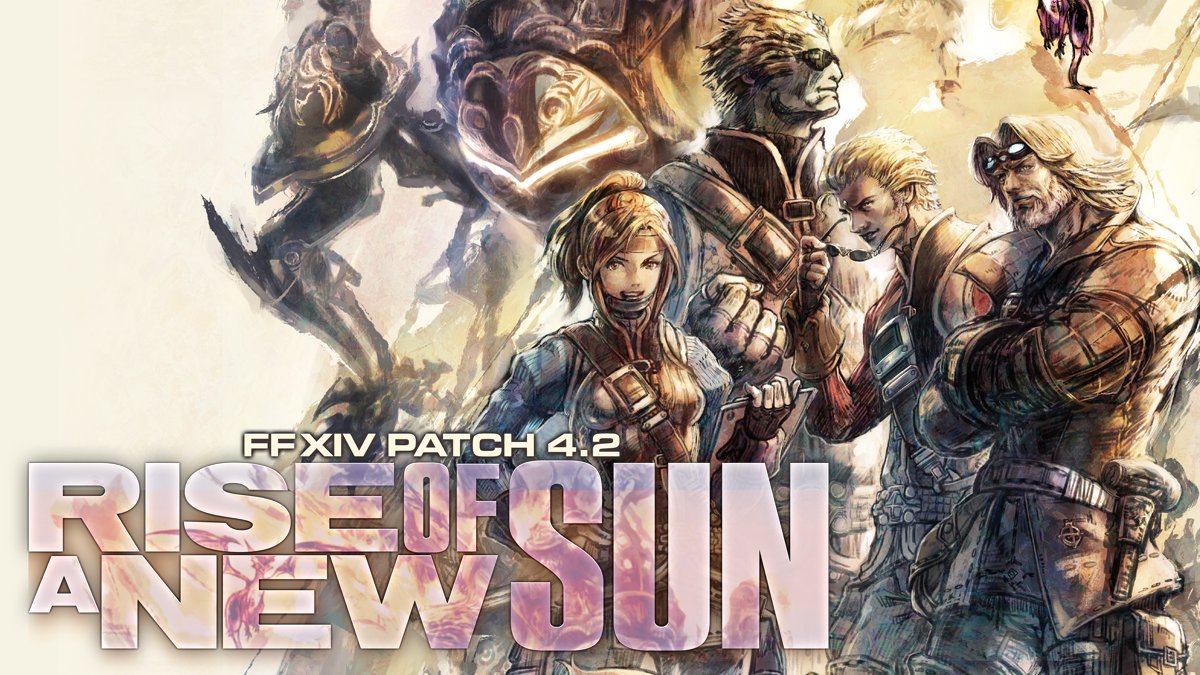 Following the Starlight Celebration and Heavensturn holiday events, a big new update is on the way for Final Fantasy XIV. Square Enix detailed the upcoming 4.2 patch on the game's official website, and it's set to introduce new dungeons, scenarios, mounts, and more to the MMO later this month.
The centerpiece of update 4.2 is a new story scenario titled Rise of a New Sun, which takes players back to the nation of Doma. Here's how Square Enix describes the scenario: "Thanks to the Warrior of Light's heroic deeds and Raubahn's long-awaited return, Ala Mhigo continues its steady march towards recovery. Yet there is no rest for the Scions of the Seventh Dawn, for the winds of trouble are blowing from the Far East, where an unexpected spark threatens to set the kindling of chaos ablaze. Can Doma survive the brewing firestorm to welcome the light of the new day?"

The update also introduces a new side quest called The Jade Stoa, as well as two new dungeons: Hells' Lid and a Hard version of The Fractal Continuum. The former is a volcanic island that's home to a variety of oni, while the latter is an ancient museum that houses "both technological marvels and chimerical horrors."

In addition, update 4.2 adds a PvP map called the Crystal Tower Training Grounds, as well as a new team system that allows you to band together with up to five other players and compete against other teams in ranked matches. Square Enix is also adjusting the rules for PvP battles, shortening their duration and adding a new Light Medal effect that reduces the damage you take as the number of medals you're holding drops.

​
Other notable new features coming in update 4.2 are several new mounts, such as a griffin, an auspicious kamuy, or the unsettling magitek death claw, which you can see in the screenshot above. Players will also be able to build a submersible in their company workshop and hunt for treasures in the ocean, while bards' Performance action has been revamped with a new interface and more piano, lute, and fiddle tones.

Square Enix hasn't announced a release date for Final Fantasy XIV's 4.2 update, but it's slated to arrive "late" this month. In the meantime, you can read the full patch notes for the forthcoming update on the official Final Fantasy XIV website.