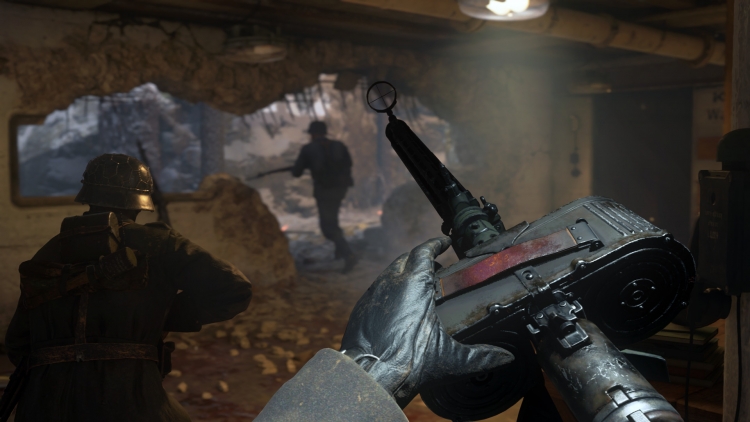 Activision has rolled out a big new patch for Call of Duty: WWII. The update is available to download now on all platforms--PS4, Xbox One, and PC--and is one of the most dramatic the game has received to date, making sweeping changes to its full range of playable classes.

With the update, developer Sledgehammer has overhauled every one of Call of Duty: WWII's Divisions. Each class has received a number of tweaks, ranging from swapping out gear perks to increasing certain stats. Sledgehammer has also made some general changes across all Divisions; for instance, each class now has unlimited sprint, although the sprint speed has been reduced.

In addition to that, all Divisions now carry least one Lethal and one Tactical equipment. As a result, the Armored Division has received a particularly big buff, taking much less explosive and fire damage. Armored players are also now immune to Shell Shock and have reduced flinch when shot. You can find the full patch notes for the update, as taken from Sledgehammer's official forums, below.

The big Divisions update coincides with the release of Call of Duty: WWII's second map pack, The War Machine. The DLC is available to download now on PS4, with an Xbox One and PC release set to follow a month later. It introduces three new multiplayer maps--Dunkirk, V2, and Egypt--a new War mode mission that features dogfights, and the latest Nazi Zombies chapter. It can be purchased separately or as part of Call of Duty: WWII's $50 / £40 / AU $65 season pass.