Battlefield Hardline's Vehicle-Based Mode, Hotwire, Got Its Own Gameplay Trailer 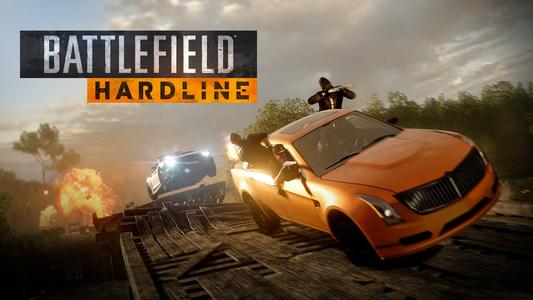 The Battlefield series has had vehicles incorporated into it for a long time. However, vehicles were never the main focus of the game. Hardline seems to have a much stronger emphasis on vehicles. The newest trailer for the game showcases gameplay of the new mode, Hotwire, which is entirely focused on driving.

The main objective of the game is to hijack marked cars and drive in them at a fast speed for as long as possible. The longer you speed in the car, the more tickets the enemy team will lose. While this seems like a job only for the criminals, the cops also have the same objective of stealing cars (maybe it is to get them away from criminals?).

The objective seems rather simple, but there is a lot more you can do during a match to spice things up. One of the most interesting features is that you can drive off stunt jumps to gain extra points. Throughout the match there will also be Battle Pickups that drop weapons such as RPGs. You can also use explosives to sabotage cars to ensure the enemy team doesn’t steal them. Additionally, the tracer dart from Bad Company 2 will also be returning which will help your team keep track of certain cars on the map.

Of course, if you can’t get the gear, you can always resort to pure tactics to gain an advantage over the opposing team. Like in other gamemodes, you will be able to pack the car with your entire crew. You can also roll out in huge convoys, but that will take a bit more teamwork. Each map also has areas that can be used as choke points. If you and your crew is willing to stake out these points, you could possibly steal (or destroy) the enemies car.

There have been a lot of people saying that Hardline is just glorified DLC, rather than a new game. However, the focus on vehicles really changes the feel of the game, and that alone may make it worth the full-game price tag. Of course, how you feel about the game is entirely your opinion, but I personally think Hardline deserves a chance.