Battlefield 5's Firestorm Battle Royale Mode is Live, Game is Half Off 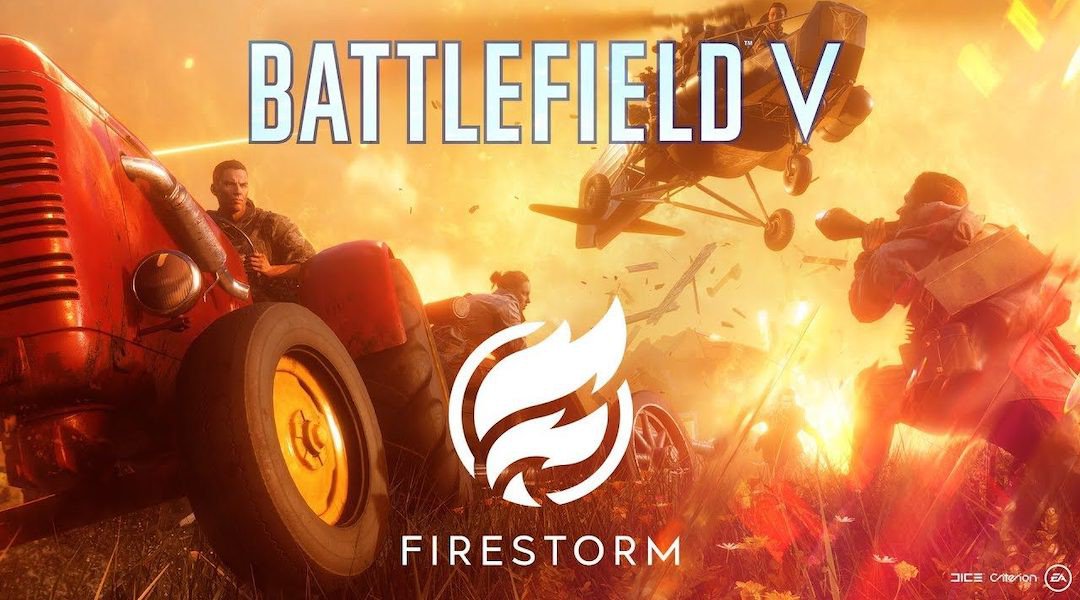 The battle royale trend isn't slowing down anytime soon, and Battlefield is the latest series to get in on the action--Battlefield V's battle royale mode, Firestorm, went live today for all players on PS4, Xbox One, and PC. Firestorm is a free add-on for Battlefield V; you must own the base game in order to play.

Like other battle royale games, Firestorm begins with players dropping from the sky onto a map called Halvøy, which is 10 times larger than Battlefield V's largest map, Hamada. The 64-player matches can be played solo or in squads up to four players. A ring of fire slowly shrinks around the battlefield, forcing you and other players to move inward. Once you hit the ground, you'll be searching for resources, weapons, and gear, with the most valuable stockpiles held at Re-supply Points and Vehicle Lockups. Vehicular combat plays a much bigger role in Firestorm than other existing battle royale titles--as of now, there are 17 different vehicles to control, such as choppers and tanks; however, they're susceptible to anti-vehicle weaponry.

Among Firestorm's rarest loot are Reinforcements, which you can use to spread destruction with artillery strikes or combat vehicles, or to call in supply drops for you and your squad. Just like any Battlefield game, buildings can be destroyed, so nowhere is truly safe to camp out and hide.

Battlefield V has been out since November, so players have been waiting over five months for the release of Firestorm. In that time, Apex Legends has swept onto the battle royale scene with rapidly growing player counts, and Fortnite continues to thrive, so it remains to be seen whether Firestorm can capitalize on the popular genre and build its own loyal player base.