Battlefield 4 Patch Finally Addresses Many Issues, but Is It Too Late? 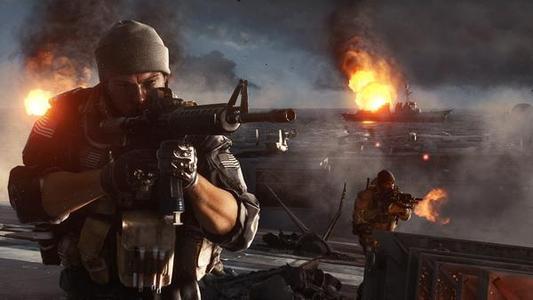 Battlefield 4 is infamous for having an extremely poor launch. Ever since the launch, many players have complained about various bugs, some game-breaking, which made the game seem incomplete. EA has tried their best to fix the situation by pushing out small updates and making apologetic PR statements, but the game still had a lot of major issues. Today, DICE finally rolled out a huge update that fixes some of the biggest bugs in the game, and Battlefield 4 now feels like a complete game.

This patch addressed many issues that have made the game practically unplayable in the past. Many crashes that were once caused by vehicles, gadgets, and the riot shield will no longer occur. The netcode has also been greatly improved, which will eliminate many of the delayed kills and deaths. In addition to these major fixes, there were also a lot of smaller bug fixes that can be found in the change log.

While it’s nice to see that they are fixing some of the game-breaking bugs, it wouldn’t be a big update if they didn’t change how the weapons work. One of the biggest changes to the weapons is that close and medium-ranged sights are no longer affected by visual recoil. Accuracy was also improved in other ways, such as the 75% reduction of hip-fire recoil and the reduction of recoil with suppressors. The performance of many weapons were also directly changed due to a change in bullet velocity and damage. This means that it may take one more (or less) bullet to kill an enemy in certain situations. DICE also finally made the decision to remove trigger delay from all revolvers, making them seem more responsive.

In addition to gameplay changes, there were also some tweaks to the visuals of the game. Players now can maneuver much like they did in Battlefield 3, but the animations still hold true to the high-graphical-fidelity standards of Battlefield 4. DICE also revamped reviving, making it easier to understand due to a new UI and defibrillator sound. Players can now also customize the HUD to their liking by changing the size, transparency, and position of some elements.

The new update greatly improves the Battlefield 4 experience, but it is definitely long overdue. The game has been out for nearly a year now, and the fact that some of these bugs remained in the game until now is a bit discouraging. A lot of players already left the game long ago because it felt like EA abandoned the franchise. This update gives some hope to Battlefield fans, but is it too late to compensate for the horrible launch?