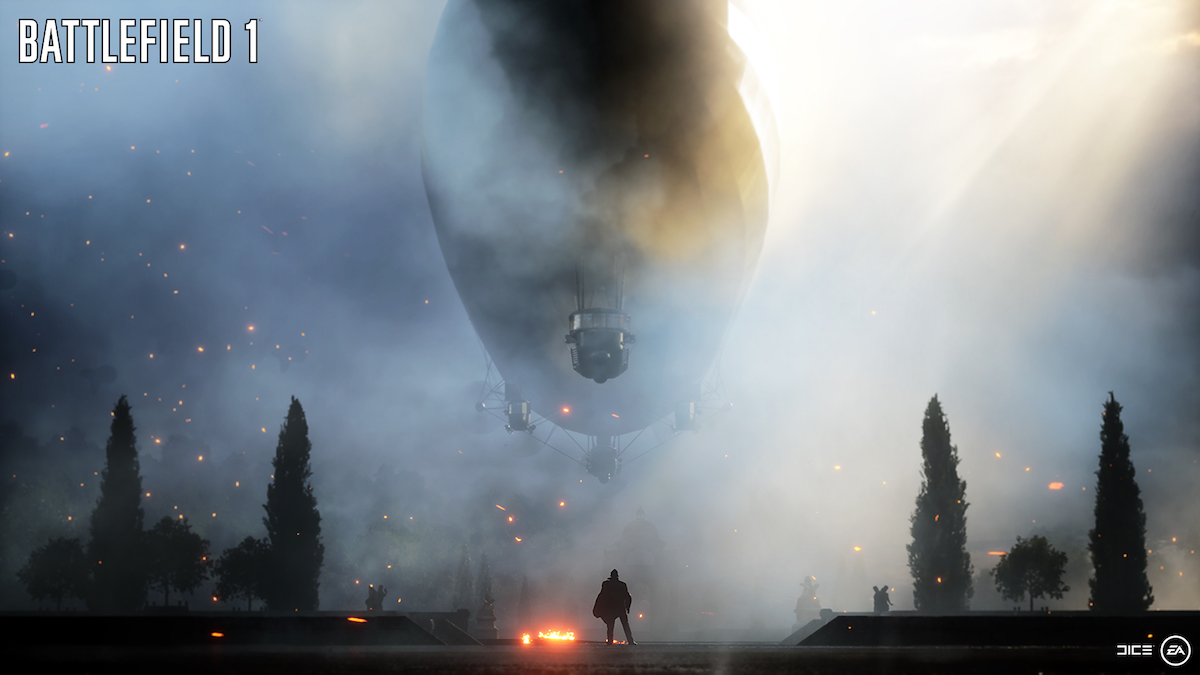 ​
A brand new Battlefield 1 gameplay trailer was released today, and it's taken the hype train for this game to full speed. Featuring amazing ground and aerial warfare, the trailer showcases the gritty warfare that players will partake in when they're dropped into the revolutionary combat of World War 1. The game will feature some impressive destruction, along with 64-player multiplayer combat on a truly massive scale. With epic map changing events, this is going to be one Battlefield title you're not going to want to miss. In addition to this, DICE has revealed some brand new information on maps, classes, and a new game mode that aims to change the way players experience Battlefield.


​
The first map pictured is Amiens, a map that will take place in the real-life French city of the same name, and will focus on a deadly urban battle against the German forces. Players will have to strategically navigate the city’s narrow alleyways, along with a large courthouse and bridges and railways which both the British and German forces seek to use as control points to take over the battlefield.

The second map pictured is titled The St. Quentin Scar, and it will take place on the war-torn battlefields scattered across the area of northern France. The map will focus on the Kaiser’s battle, and will begin with the German forces making one final push to break through the British defensive forces. This map will feature intense trench warfare, and it’s highly advised that players keep gas masks at the ready. The bloodied battlefield may spill out into Travecy, a beautiful village that was previously untouched by the German forces. Whether or not it will stay that way is up to the strength and capabilities of the British.

Last but not least we have the Empire’s Edge. Taking place on the rough seas of the Adriatic coast, a nearby Mediterranean village has now become an overlook point for the soldiers listening to the thunderous booms from the cannons of the battleships waging war on the seas. The ground will shake with each shot as each side aims to finally bring Italy’s Great War to a close.

In addition to the classic Conquest and Domination game modes, a new game mode is coming to Battlefield 1; and it’s one that aims to change how players previously played matches in Battlefield titles. Moving forward from the typical “win one round and move on to the next one” fashion of matches in previous games, the new mode, Operations, will carry the final outcome of one round over the next map, which will allow players to “fight a sequence of inter-connected battles.” DICE created this new mode to offer players the chance to experience the real battles of World War 1 across multiple maps and matches. They wanted to give players a mode where teamwork would matter more than ever before. If you’re playing on the attacking side, you’ll hear your commanding officer give orders to charge the enemy trenches. Defenders hearts will be racing as the alarms that signal an oncoming enemy onslaught ring out across the battlefield. Defenders will have to dig in to their trenches and man their heavy machine guns and cannons in preparation for the stampede of foot soldiers, tanks, planes, and horses making their way towards them.

The attacking team must capture and hold all of the defensive control points in order to fully capture a sector of the map. Once this objective has been completed, the defenders will have to fall back to the next sector, similar to the Rush mode of previous games. Each sector will vary in the kind of layouts, choke points, and the amount of objectives there will be for players to capture. Should the attackers force the defenders off of the map, a new match will begin, with the smoldering remains of the previous map visible off in the horizon.

Check out additional information on Battlefield 1, along with exclusive early access to the upcoming public beta at the links provided below! Battlefield 1 releases on October 21, 2016 for PlayStation 4, Xbox One, and PC.