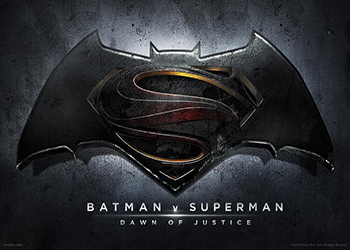 ​
Batman v Superman: Dawn of Justice released just two days ago and prior to its release, it was absolutely butchered by critics. That being said, when I walked into the theater yesterday, I wasn't very optimistic and had rather low expectations going in. All my expectations and cynicism aside, I tried to remain open minded and I think doing so paid off.

When you hear a title such as Godzilla vs King Kong, or Freddy vs Jason what are you led to expect? Two characters beating each other senseless for the majority of said movie. As much as the idea of Batman and Superman beating the snot out of each other for two and a half hours sounds nice, that is not what this movie is. If that's all you're looking for or even expecting, you will be promptly disappointed. I'd say the two and a half hour theatrical cut has less than a fourth of its length dedicated to Batman and Superman actually fighting. The fighting between them though was great in my opinion, I wish there was more to it and I hope the ultimate cut will have more of it. This is one place that I think leads to disappointment across critics and average viewers alike. You are left wanting more and you expected more, at the end of it you may be thinking "was that it?" I find this movie much more enjoyable once I ditch the idea that the movie is purely about Batman and Superman fighting, and it's instead about the beginning of The Justice League.

One issue that people have with this movie is its humor or lack thereof, in this case. Taking into account the context and subject matter at hand, I don't find it to be a problem at all. This isn't a happy go lucky Marvel movie with Tony Stark busting one-liners throughout. It's not owned by Disney and it does not try to be family friendly nor lighthearted. It is a cold, dark, and gritty take on these characters and the stories they try to flesh out for them, all while striving for realism. It stays very true to the comic storylines it tries to implement in its story, those being Injustice, Knightmare, Flashpoint, The Dark Knight Returns to name a few; I'm avoiding one other major one for the sake of spoilers. The point I'm trying to make here is that none of these comics involved are humorous, to try to change that would be going against the characters and the stories. Humor has its place and this isn't it. Take the Deadpool movie for example, it's loaded with humor and it's supposed to be. The character is always cracking jokes and being funny and if the movie had no humor at all it would've been a disgrace to the character. It goes vice-versa with Batman v Superman, if it was full of humor it would not have handled the source material and characters correctly. There will be a few giggles earned throughout the film, mostly from Batman or Luthor, but that's about it. If you can't take that lack humor, this movie isn't for you. 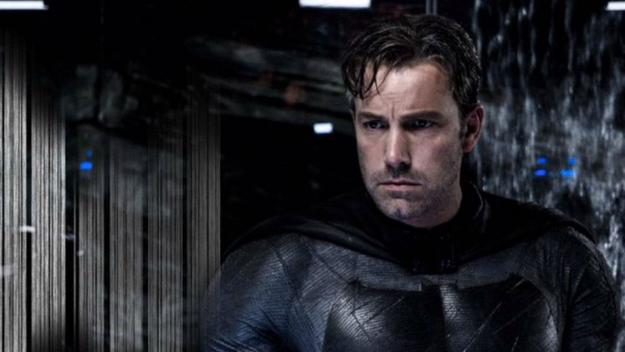 There are some noticeable flaws in this movie in terms of pacing and direction. It goes from story and character development as well as the ideology and philosophy behind them to fighting and action, all without there being much substance between them. In these regards, I'm hoping some of this is due to cuts in the length. At over 2 and a half hours, some feel it was too long but I was actually left wanting more. With the possibility of more story development as well as more action between Batman and Superman, a director's cut sounds promising to me and others who share my opinions. Fans of Snyder's Watchmen movie most often hold his "ultimate cut" as superior over the original, theatrical cut. With that in mind, it may be worth giving Batman v Superman another watch come July 16 when the ultimate cut will be released. That ultimate cut will exceed 3 hours and interestingly enough, earn an R rating.

There are obviously a lot of characters involved in this movie, and I'm somewhat indifferent about that. It's the introduction to the new Batman as well as Wonder Woman and teases a few other Justice League members as well. Batman was great in my opinion, I loved this new rendition. Once again we see Bruce's parents murdered, which has been overdone at this point. On that point, I think certain events in the movie would've been more effective if they merely did a flashback to it or just to his parents' graves. That aside, I'm pretty close to calling Affleck's Batman my favorite on-screen version, but I don't want to jump the gun too fast on that. This is a Batman and Bruce Wayne that we have not seen in live-action before, and Ben Affleck did great in my eyes. This isn't a young, energetic playboy who wants to save his city, this is an older reformed Bruce, who is hurt and broken; he's suffered losses and fights an internal battle. This is not Nolan's Batman who won't kill and does everything in his power to be a hero. He doesn't have a "no kill policy" and overall is ruthless and unrelenting, and I loved it. Wonder Woman was established a bit more than I expected her to be, though still not very much. Her actual debut and entrance as Wonder Woman was pretty awesome and leaves you looking forward to her standalone flick. Gal Gadot delivered both as Diana Prince and as Wonder Woman. The underdog here is Jesse Eisenberg and he's a tricky one. Entertaining for sure but slightly difficult to take seriously and even more so as a legitimate Lex Luthor. Eisenberg certainly played psychotic well, but the character strays a bit too far from the more mature Luthor I'm used to. The little teases of other Justice League members were ok, nothing special really. Hopefully, they take off well.

One major complaint I have about this movie is that one trailer. You know which one it is. I for the life of me cannot see what inspired them to show Doomsday and Wonder Woman's introduction in a trailer. It is absurd and simply takes away from the movie. It would've been far more enjoyable if both of those were unexpected. Doomsday himself was kind of forced or shoehorned really, and not as "big" as he could've been. The CGI used for him was not very good and he looked like the goblin-king from The Hobbit.

This next paragraph is dedicated to spoilers, open at your own will.

The death of Superman was nice to see, it was the one comic story I refrained from mentioning earlier. I do wish that they didn't show that he actually lives, it's pretty expected and is rather redundant by confirming it. I would have liked to see Lex in armor but that probably would have been overload, especially with Doomsday and his claim on Superman's life. The teases to Darkseid are exciting, there's quite a few actually: in Bruce's Knightmare, the Cyborg tease, and Lex's speech to Batman at the end. Seeing Darkseid and the Justice League is far away but certainly exciting to think about, hopefully, it is done well and honored the way it should be.
Overall, I liked it. I legitimately enjoyed it, even though it's far from perfect. Certain scenes had my palms sweating and my attention locked in and I can't remember the last time a comic book movie has done that. It's flawed and I won't deny that or suggest otherwise, but I do feel that a lot of the criticism stems from their expectations not being met. Both in terms of quality and the overall structure and tone of the movie, it's not what you expect. It's not what I expected and that's fine, in fact, I think it could do away with the Batman v Superman title and just be referred to as Dawn of Justice. That's what it is, the genesis of The Justice League, Batman versus Superman is just a subplot really.

If you guys have questions or comments about the movie or this review, chime in below.
About author

FAQ YIU said:
like all homo america made super fake movies it sucked glad i didnt waste money on trash
Click to expand...

Your writing is trash.