Batman: The Telltale Series - Your Very Own Batman 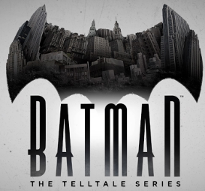 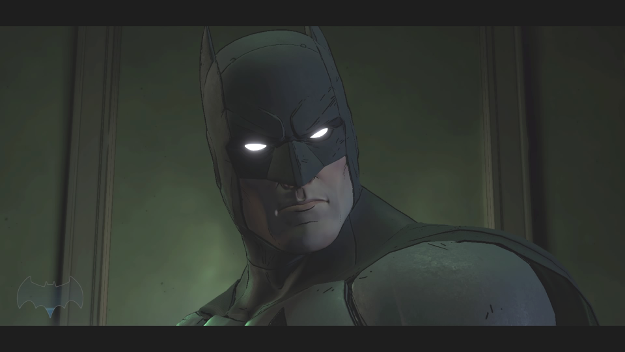 ​
Telltale Games are well-known for their episodic adventure games, covering a range of franchises, from The Walking Dead to Game of Thrones. Now they've gone to work on Batman, Bruce Wayne, the Batcave, and all the other familiar trappings of the Batman universe. The result is Batman: The Telltale Series, a 5-part “season”. Only Chapter One is available at the moment, so that's all I'll be discussing.

Unlike previous Batman games, this is a Telltale game, so the emphasis is on storytelling, dialogue, and relationships between characters. The bone-breaking action remains firmly in the control of Rocksteady and the other Arkham game developers. There is some fighting and action in this, naturally, but it’s handled through quicktime events. Love or hate QTEs, there isn’t really a better way Telltale could have handled it. The animation for these brawls is exceptional and just as satisfyingly crunchy as you’d expect.

In this Batman, you'll spend at least as much time playing as Bruce Wayne as you will as Batman. As Chapter One begins, you’re helping pal Harvey Dent mount a campaign for mayor. Dent needs Wayne’s charisma and wealthy circle of friends to rake in the donations. This isn’t an event for Batman – it’s an event for smooth and graceful Bruce Wayne.

And then comes the first Telltale-style wrinkle: the unexpected arrival of Carmine Falcone, notorious mobster and staple of the Batman mythos. Do you, as party host, shake his hand? Or do you play it cold and steely and refuse? Each choice has repercussions throughout the game. Is Bruce Wayne, pillar of the community, now chummy with organized crime bosses? Or do you risk offending a powerful man with powerful friends – some of whom might be in the room? 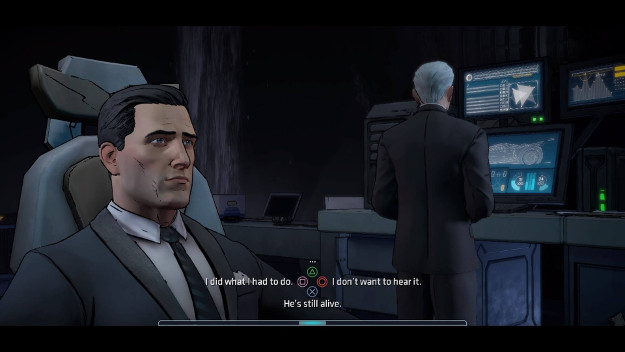 And thus begins the all-but-trademarked Telltale brand of branching, choose-your-own-adventure storytelling. You’ll have plenty of chances to decide on dialogue options, some of which carry more weight than others. It’s almost like an RPG, since the story is bound to reach the same climax, but it’s up to you which route you choose to follow. Which Batman do you want to be? The growling, intimidating Batman of the Christian Bale films, or the nicer and lighter Batman filmed by Tim Burton and others? Batman lets you choose. The police notice. Lieutenant Gordon notices. The rest of Gotham notices.

A new feature involves Batman’s detective abilities. You’ll be presented with a crime scene, and after a thorough examination, have to recreate the series of events. You do this by linking two pieces of evidence at a time, as you learn the details. For example, you might have to link a bullet hole to a firing vantage point, or someone’s injuries to evidence on a corpse. It’s a fun addition to the familiar Telltale formula, and I hope it gets regular use.

The story moves along at a pretty good pace, introducing characters with familiar names – who may or may not become important later. This is only Chapter One, after all. Telltale has made clear that they’re not conforming to any particular variation of the Batman universe. The series has 75 years of history and a variety of timelines, so almost anything goes. That includes character arcs, whether or not Batman has a sidekick, the look of the Batsuit… everything.

One of the more unusual and innovative additions to the Telltale formula arrives in Batman – “Crowd Play”. Up to 2,000 people watching a live stream get to vote on your dialogue responses. The majority opinion is the response you give. It’s a feature clearly built for the livestreaming community, and only time will tell if it pays off. It’ll apparently be used during the reveal of Chapter 2 at Gamescom in early September. A roomful of journalists and reviewers will be voting on Bruce Wayne’s reactions during the event. Should be interesting.

Chapter One of Batman: The Telltale Series was a short ride, a little more than two hours for my $4.99 purchase price. Still, that’s cheaper than almost any movie ticket, and this is an experience I’d relive to try different choices. I didn’t plan ahead to try the Crowd Play feature, but I’d consider setting something up for the future – I admit I'm curious. I don’t know why this title was released with so little fanfare, but I’m calling this a must-play for Batman fans and fans of the Telltale formula.
About author