Batman: Arkham Knight Release Date May Have Been Leaked 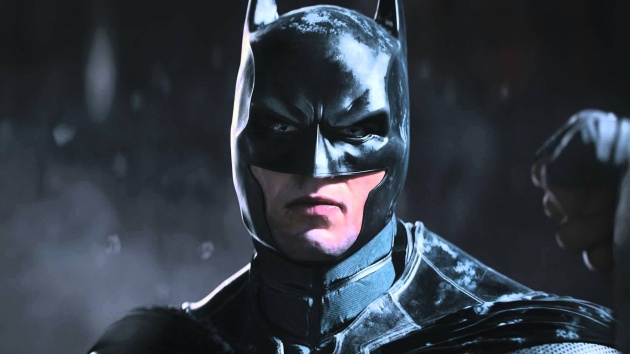 Near the beginning of this month, it was revealed that Batman: Arkham Knight has been delayed until 2015. The reason behind the delay was mainly so that the game could be worked out to reach its full potential. Just recently, however, a release date for the upcoming final chapter to the series may have been inadvertently shown to the public via a Pre-Order Listing on Microsoft’s website. The date in question is this coming February 24th. While the posting seems to be empirical enough, members of the gaming community remain divided on how legitimate the date is. What truly adds to the wonder factor is how the release date on Microsoft’s site has now been replaced with, “Release date: Not announced.” 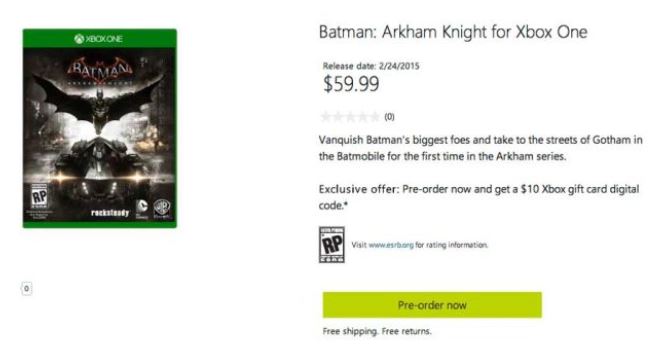 So far, Warner Bros. has yet to make any official statement in regards to when the new release date for Batman: Arkham Knight is supposed to be. Nevertheless, it seems fairly strange to assume that Microsoft just pulled February 24th out of nowhere. After all, February 2015 is a Tuesday, which is a typical day for game releases. Going further, 8 months from now seems like a fairly good amount of time for developers to seemingly make adjustments to the game for it to reach its potential. In regards to the delay itself, Dax Ginn (A Developer at Rocksteady) stated that the game was delayed “to ensure that we are delivering the awesome level of quality that Batman fans and gamers expect from this.” To some, Ginn’s remarks suggest a sort of touching-up so to speak that could be finished in the aforementioned time frame.

On the other hand, the February 24th release date could just be a mistake on Microsoft’s part. After all, no one is perfect. One comment I observed from the community made the notion that Microsoft simply confused February 24th to be the release date of The Witcher 3: Wild Hunt. This would make sense, as the game is also being published by Warner Bros and there could have simply been some miscommunication. According to multiple gaming sources, The Witcher 3: Wild Hunt is supposed to be released this coming February 24th; so, that stacks up too. Just for fun, I figured I would take a look at Microsoft’s store listing for The Witcher 3. Interestingly enough, the game is supposed to be released on the 28th of February as opposed to the 24th! All said and done, I’m not too sure where I stand on how legitimate the leak is, but I’m quite excited for Batman: Arkham Knight tentative release dates aside.