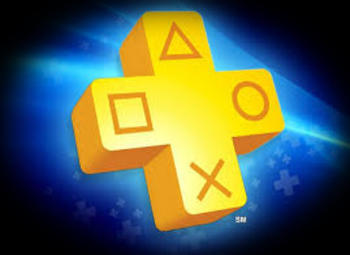 Yet another month has passed, and as I'm sure we're all used to now, Sony has announced the free games that will be available during August for PlayStation Plus subscribers. Before we get into August's games, go take a look at July's available games, there might be something you don't want to miss. As always, there will be 6 games in total; 2 for PlayStation 3, 2 for PlayStation Vita, and 2 for PlayStation 4. A full list of games can be seen below.

August's PlayStation Plus Lineup:
To kick things off, we have a brand-new game known only as Tricky Towers. This release from WeirdBeard Games is a lot like Tetris, but it isn't the Tetris you remember. This physics-based puzzle game combines the classic gameplay of Tetris with the chaotic and sporadic multiplayer of Mount Your Friends. Players attempt to stack wonky towers, all whilst facing a barrage of magic from the other players. The game supports 2-4 players, so there's tons of multiplayer fun to be had.

The second game on the PlayStation 4 is Rebel Galaxy, a space combat RPG. Players can fly around in spaceships and make their mark however they wish; whether it be through brutal piracy, bloody mercenary work, or honest trade. The game features a procedurally generated universe, meaning it's always randomly extending and expanding to keep your space-adventure fresh.

Over on the PlayStation 3 we begin with Yakuza 5, an open-world action-adventure game. The game features 5 playable characters who you can play as while you explore cities in Japan. The game is a direct sequel to Yakuza 4, and may be confusing to players who are new to the series. Yakuza 5 have received extremely positive reviews, with Famitsu giving it their highest possible score. Up next is Retro/Arcade, which is a rhythm/shooter hybrid game. The gameplay is similar to Aegis Wing, but is set to original music similar to every rhythm game ever. Retro/Arcade has won awards for excellence in both audio and design, as well as winning an audience choice award at IndieCade.

Over on the Vita we have Patapon 3, a wonderful rhythm game. The player plays beats on magical bongo drums to command their army, with each combination of beats doing something different. The player creates a hero known as a Superhero Patapon, and this Patapon represents the player as their champion. You can customize and modify your army to fit your ideal playing-style. Additionally, the game features online multiplayer combat with up to eight players. Finally we have Ultratron, a game based on Robotron: 2084. Ultratron features a beautiful combination of light and sound. There are over 40 levels to play, and several bosses on top of that.

What do you think about this month's lineup? Are you excited for any of these? Disappointed? Let us know in the comments!