Assassins Creed Unity's Free DLC to be Released Next Week 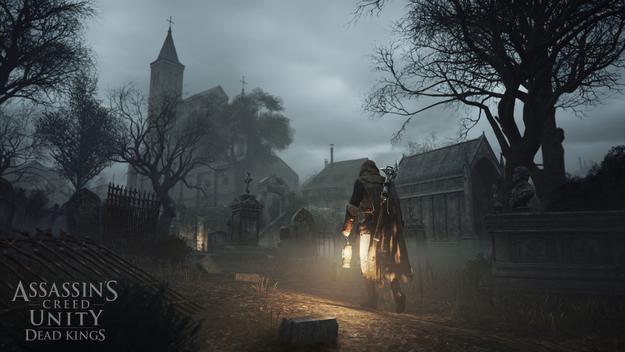 Assassin's Creed Unity did, as we all know, suffer a rather rocky launch with several game breaking bugs ruining the game experience for many players. It was not the launch Ubisoft had in mind for one of their biggest titles on Xbox One, PS4 and PC, so to make it up to their fans, Ubisoft announced that the next DLC Dead Kings would be given to everyone owning the game for free. Finally a download that will contain something else than a huge patch. Up until now the release date for this DLC has been unknown, but today they announced that the 13th of January 2015 will be the day to look forward to. The announcement came with a release trailer, so take a look at this if you want to know what Ubisoft have in store for you:

Dead Kings includes new missions, the powerful Guillotine gun, and new areas to explore. The missions are not only story driven to let you pick up where the main story left off, but will also offer new open-world activities and extra side missions. More murder mysteries, more enigmas, and also additional cooperative missions will be a part of the download, as well as new gear and outfits. The main story of the DLC described by Ubisoft:

"After the events of Assassin's Creed Unity, Arno leaves Paris for Saint Denis, a mysterious city that holds the crypts of deceased French kings. Sent on a mission to the extensive underground of the Basilica, Arno will face a faction of new foes, the Raiders, populating its catacombs. Equipped with a lantern and a new powerful weapon, the Guillotine gun, Arno will have to navigate the dangerous passageways to uncover the darkest secrets of the city."

This DLC was originally intended to be a part of the Season Pass, but as developer Ubisoft decided to thank owners of the game for their support by giving it away for free, the Season Pass was removed entirely. Players owning the Season Pass will receive a game for free, but by accepting this they are wavering their rights to sue Ubisoft or any of its divisions, either through a solo lawsuit or as part of a class-action legal battle. I assume most people will take Far Cry 4 or any of the other games on the list anyway. If you are eligible for this, make sure to pick your game before March 15th, when the offer expires.

Looking forward to Dead Kings? How spotless do you think this DLC will be?