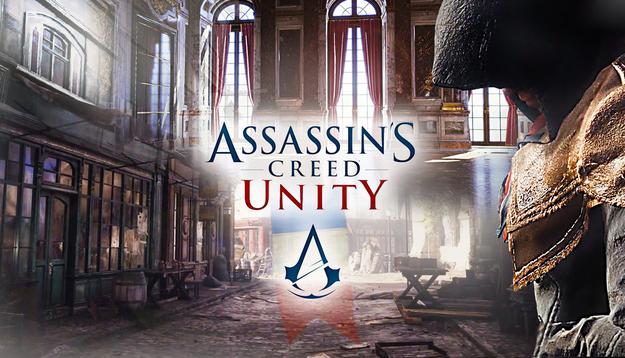 Assassin's Creed Unity launched on November 11th on Xbox One, PS4 and PC. Like other huge titles lately, it turned out to be nothing but a big let down, riddled with so many bugs that is was almost unplayable at times. Falling through the ground, getting stuck in hay carts, in-game currency issues and characters missing their faces were some of the worst problems users have encountered these first weeks.

"Unfortunately, at launch, the overall quality of the game was diminished by bugs and unexpected technical issues. I want to sincerely apologize on behalf of Ubisoft and the entire Assassin's Creed team. These problems took away from your enjoyment of the game, and kept many of you from experiencing the game at its fullest potential." says Yannis Mallat, CEO for Ubisoft Montreal and Toronto in a statement today.

To fix the mess they made, several patches have been released and today the PS4 and Xbox One got their versions of Patch 3. The PC patch is on its way too, has no set date but will be out sometime this week. The update includes over three hundred fixes and changes to improve the game’s stability and performance, matchmaking and connectivity, gameplay and menus. Ubisoft admits that they're not done fixing the frame rate just yet, and plan to release another patch to keep cleaning up these issues; Patch 4 details will be revealed next week.

Every owner of the game will get the first DLC Dead Kings for free, in which "Arno explores the troubling open-world city of Saint Denis and its extensive underground universe ̶ an ancient necropolis with an intricate network of catacombs and deep caves that hide the best-kept secrets of the French kings." Owners of the Season Pass will be given a free game as compensation, as they already paid for the DLC. They can choose between the following Ubisoft titles: The Crew, Far Cry 4, Watch Dogs, Assassin's Creed Black Flag, Rayman Legends and Just Dance 2015.

"In addition to the latest patch and this offer, we are committed to delivering further fixes for other issues you’ve raised. In the meantime, please keep your feedback coming – it has been both humbling and incredibly helpful as we continue working hard to improve the overall quality of the game. We are hopeful that with these forthcoming updates, everyone will be able to truly enjoy their Assassin’s Creed Unity experience."

As a consequence of this, the Season Pass will be discontinued and no longer available for purchase. For those who already own it, Ubisoft are in the process of organizing the distribution of the free game, and they also confirm that thee season pass will still provide all the extra content it was originally meant to, including the mobile game Assassin's Creed Chronicles: China. The free DLC has no release date yet, but Ubisoft says it will be available soon.

"We will continue striving to make Assassin’s Creed one of the most ambitious and innovative franchises on the market, and we thank you for your continued loyalty and support."

Have you noticed the difference? How much longer will gamers accept games launched unplayable and in dire need of immediate patches?