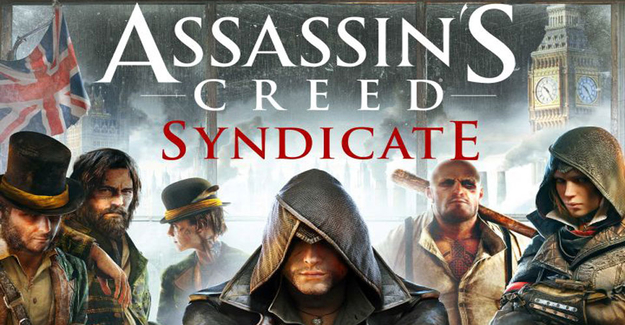 I'm a huge fan of the Assassin's Creed series, and I love every single aspect of the game. Such as the story line, the characters, game mechanics and such. I'm also glad that a new Assassin's Creed game has been announced; Assassin's Creed: Syndicate. The game will be released on October 23rd, 2015 for PS4 and Xbox one. For all you PC gamers out there, the PC version will come a bit later in the Fall, after the console release. To top of this game's announcement, it seems that TEN different Ubisoft Subsidiaries (Quebec, Montreal, Singapore, Annecy, Montpelier, Reflections, Sofia, Shanghai, Kiev and Bucharest) will be working on the game's development. Hopefully that means that it won't run into any silly issues like the missing face in the previously released Assassin's Creed title.

A plethora of rumors have been seen floating around the internet about this new game. Such as the name of the game, and details regarding the main character. Thankfully, one blog post from Ubisoft has confirmed information regarding the characters we can play as; Jacob and his sister, Evie. This is a first for the franchise. Jacob is more of a head-strong and mature character whereas his sister is more of a tactical and strategic character. Something unique and new is coming to the game, and it's driving me crazy.

During an investor call today, Ubisoft CEO Yves Guillemot announced that Assassin's Creed: Syndicate will not have the multiplayer mode many other titles previously had. Some fans will be happy to hear this and others will of course, be upset. I am not bothered really, it never seemed to be a big part of Assassin's Creed anyway. In my opinion, I prefer just having single-player Assassin's Creed, seeing co-operative missions everywhere in Unity was slightly annoying to say the least. This does mean, however, that developers can spend all of their time making sure that single-player really is great and exciting. According to Guillemot, the game's development is "coming along extremely well."

To show off Assassin's Creed: Syndicate, the creative director, Marc-Alexis Côté, has kindly released pre-alpha cut scenes as well as early development gameplay footage, which can be seen below. Raised by assassins, Frye fights using a Nepalese blade that is similar to a machete, called a "Kukri". According to Côté, Syndicate will have a faster, more responsive combat side to the game than previous titles. Remember to keep in mind that this is JUST pre-alpha footage and a lot of what you see is definitely subject to change, considering the game doesn't release for quite a while.


​
Don't Assassin's Creed trailers just give you the chills? It looks amazing. Are you excited for this new title? I, for one, am very excited for this game to be released. Leave your comments below.