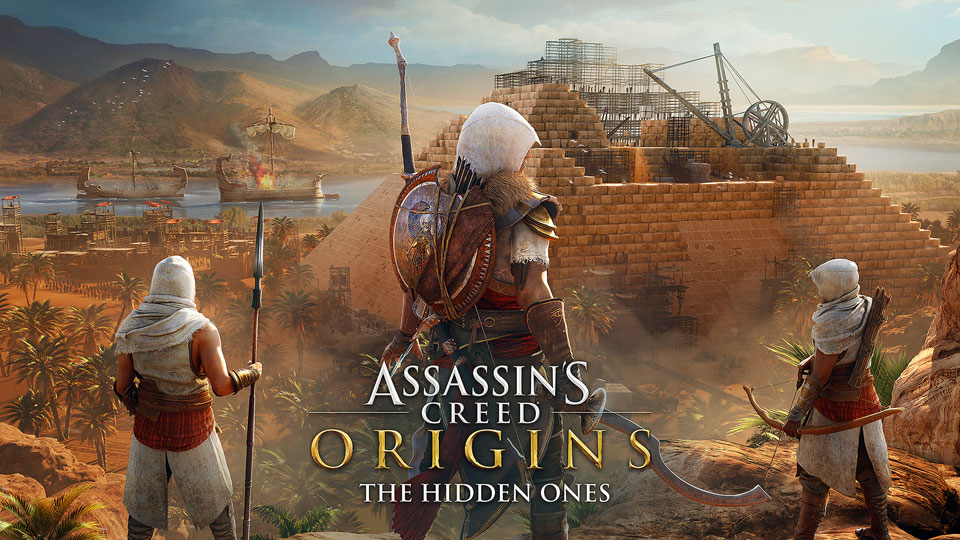 Assassin's Creed Origins is about to get its first DLC expansion. Called The Hidden Ones, it will introduce several hours of new story along with side quests, events, and items. Ubisoft has now confirmed the expansion will release on January 23 for PS4, Xbox One, and PC.

The Hidden Ones is a story-driven expansion that shares more about the growth of the Brotherhood. It takes place four years after the events of the main game in the Sinai, where players will clash with an occupying Roman force. The expansion increases the level cap to 45 and introduces two new legendary weapons, a new outfit, two new mounts, and multiple new weapons to the game. If you're a season pass owner, you can download the game at no extra cost. For others, the DLC will cost $10.

​
Ubisoft also revealed more information about Origins' second DLC, The Curse of Pharaohs. Unlike The Hidden Ones, Pharaohs will introduce a brand-new storyline, separate from the main game. This DLC will pit players against famous pharaohs and Egyptian beasts, and tasks you with investigating the cause of a curse that has brought the dead back to life. The expansion will come with new outfits, gear, and weapons, all themed around classic Egyptian mythology, and will raise the level cap to 55. The Curse of Pharaohs releases on March 6, and if you don't have the season pass it will cost you $20.

In addition to the two DLC expansions, Ubisoft has also announced a new mode, called Discovery Tour, which will allow players to learn more about Ancient Egypt without the pressure of quests or combat. It's designed specifically as an educational experience, and it'll let you see the entire world at your own pace. It releases on February 20 and will also cost $20. Meanwhile, a new patch was released today that improves the behavior of tamed animals and allows you to sell back outfits.