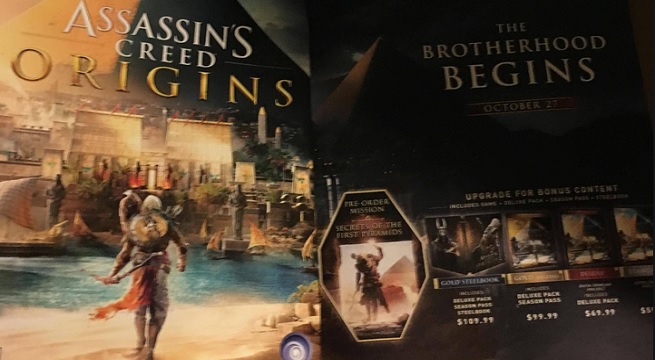 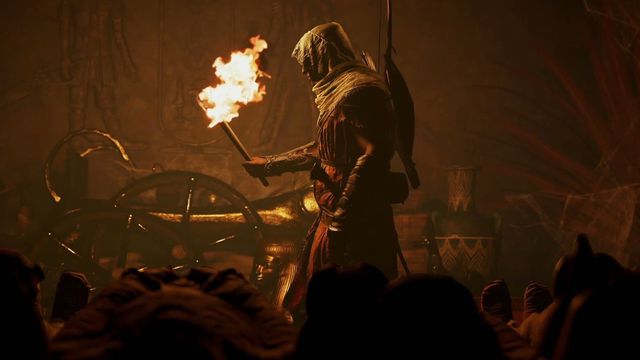 Fans may not be entirely surprised at this news, as a Target pre-order card leaked the title, art and add-on content, while an early issue of Game Informer said the release date would indeed be in October.

Assassin’s Creed Origins’ showing at Microsoft’s pre-E3 conference introduced a new assassin, Bayek, and new gameplay elements like an upgrade system and an eagle that players can control for a bird’s eye view. Origins’ debut also hinted at gladiatorial combat and supernatural creatures.

Ubisoft CEO Yves Guillemot mentioned early last year that he wants to “finish developing future games in the series earlier so that the company can spend more time polishing them.” With the rocky launch and reception of Assassin’s Creed: Unity, it seems that Ubisoft is committed to spending more time on the final touches than before. Check out some of the gameplay below!