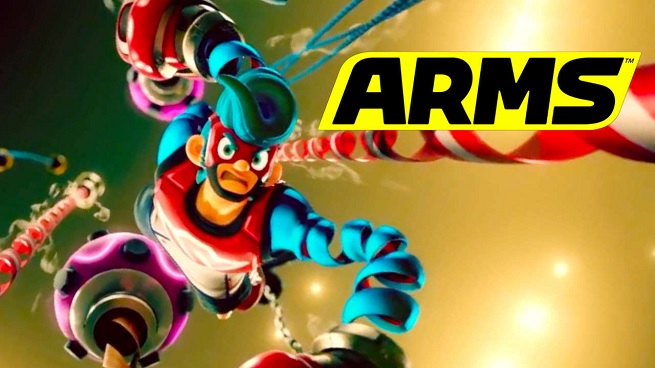 ​
Nintendo has released a new update for its Switch-exclusive fighting game, Arms. The patch is the first big one since launch, and it introduces a couple of neat new features.

Firstly, the game now has a new way of playing locally: Arena Mode. This is similar to online play's Party Mode, but it includes the ability to spectate your friends' matches while playing in the same room. Up to four friends can be in the same lobby, with two players fighting each other while the other pair watches on.

The update also introduces a LAN Mode. According to Nintendo Life, this offers the same options as wireless local multiplayer, but with the more stable speeds ethernet connections provide. Nintendo says you can connect up to eight Switches (with up to two players on each device) using this method.

The remainder of the update is made up of bug fixes, meanwhile, including one for a text issue in Grand Prix story and one that solves a Ribbon Gil stage hitbox problem.

Arms launched earlier in June to positive critical reception. In our review, critic Kallie Plagge called it a "strong, substantial fighting game," but one that "takes a while to really hit its stride."