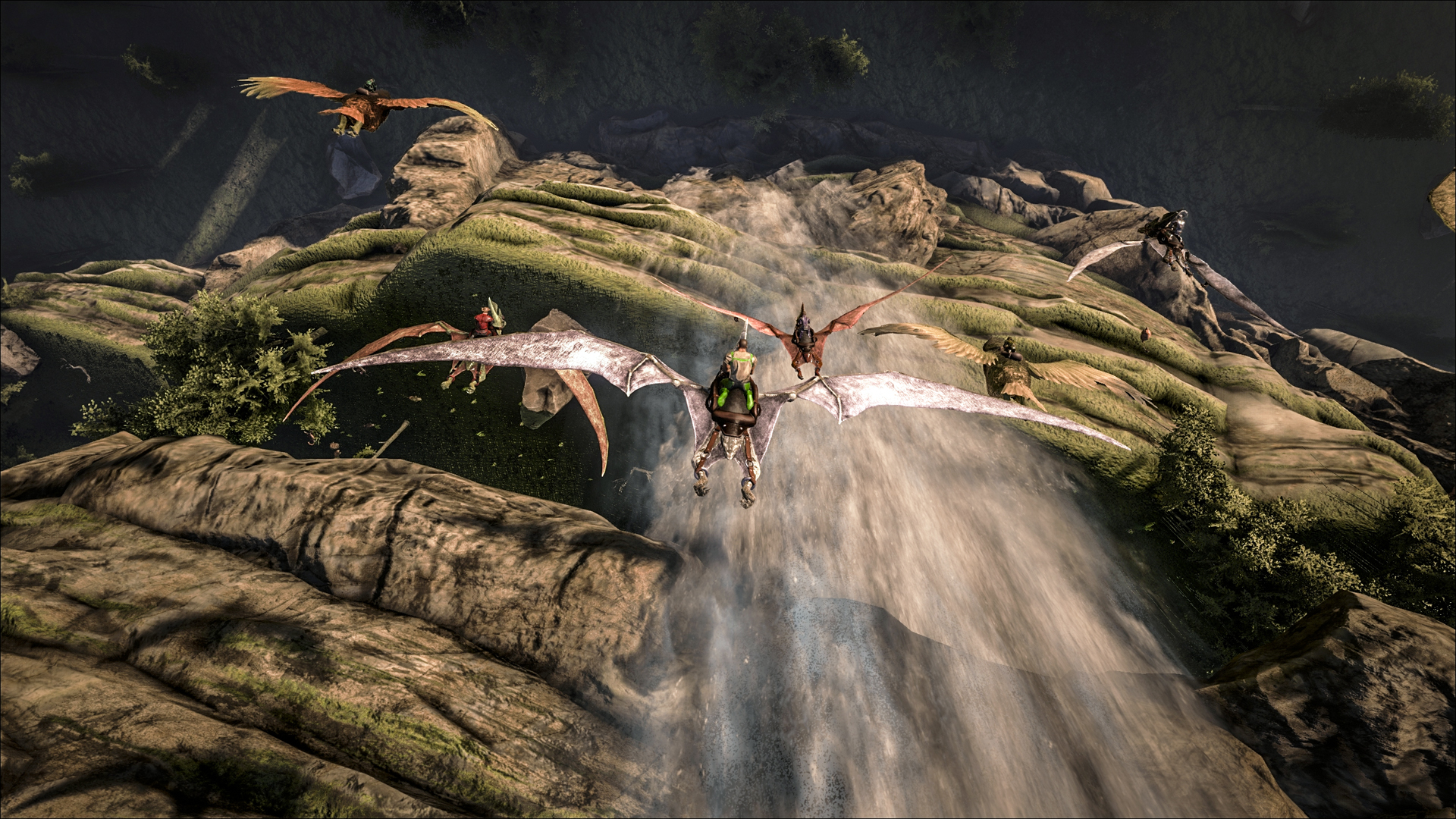 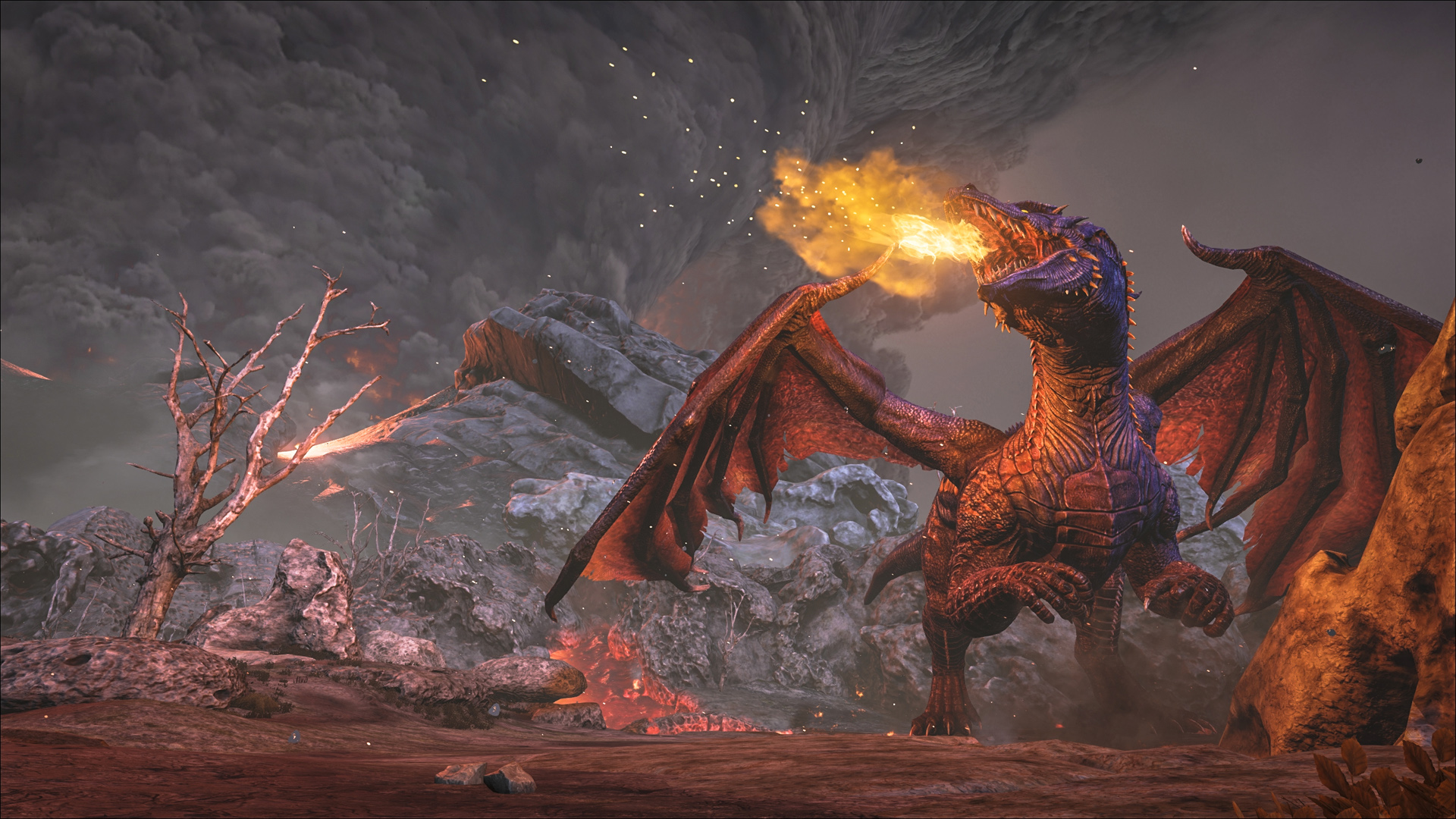 This week, ARK: Survival Evolved is celebrating its first birthday, and Studio Wildcard wants you to join in on the festivities! One of the largest updates for the PC version of the game has dropped and is currently being spread to more servers. Some of the changes are temporary, week-long changes made specifically for the celebration, but some of the changes are pretty substantial, such as new bosses and entire setting alterations. While Xbox One players won't be able to participate in this specific event, there should be another event later down the road to celebrate a late birthday for users on the console platform.

To celebrate the one-year birthday of the game, Studio Wildcard will be implementing a one-week-long "ARK Birthday Event," which will add birthday cakes to supply crates so that players can make birthday cakes. If a player makes a cake and blows out the candles, they will be presented with something pretty special. The player will be given a few presents, like Birthday suits, party hats, and a colossal birthday cake that will serve towards a giant experience point boost for the player(s) that consume(s) it. These gifts only last out the rest of the week, so you better get your hands on them soon.

With this update, there are a few new additions to the game. One of the additions is diseases, where players will be able to infect and be infected to their heart's desires. Swamps are given a whole new challenge in the Haementeria, which are basically just giant leeches. These leeches can attach themselves to a player and drain them of their stamina and hunger, and can also give them an illness called "Swamp Fever." This illness will remain with the player until it's manually cured, even with multiple respawns. The disease can be cured by harvesting the venom of these leeches and creating a vaccination. There has also been an "offline raiding prevention" system put into circulation, which will make dinosaurs and manually-built structures invincible if their owner/builder is not online.

The most anticipated portion of this updates comes with the newest boss as well as the most recent form of transport: The Dragon Boss and the Diplodocus. To get to the Dragon Boss, players will need to collect a few specific artifacts and converge at the Red Obelisk to perform a ritual, much like other boss fights within the game. Upon conclusion of the ritual, all of the involves players and their animals will be sent to an arena to battle a dragon that has the ability to fly and breathe fire, so it's only kind of a nightmare. With this new boss comes another mode of transportation, the Diplodocus. The dinosaur can be mounted with a saddle and can hold up to ten players and can take them just about anywhere in a shortened amount of time.

Not all of the changes are being as well-received, however. Players can no longer build auto-turrets or Plant X turrets on saddles on dinosaurs, but manual turrets are left untouched in the update. In addition, auto-turrets and Plant X turrets can still be placed on other platforms, just not dinosaurs. Plant X turrets also now consume copious amounts of fertilizer when used to reduce their potency. Lastly, and perhaps the most controversial, the experience points earned for killing an Alpha creature has been almost halved in the update.

The Ark: Survival Evolved birthday event and update dropped late last night, and is currently being spread around servers. Users should be also to participate in the event right now and get their hands on a birthday cake or get their hands dirty in a new boss battle. With this update, the game may become a little less competition-based, but it also levels out the playing field for newer additions. What do you think of the update and its alterations?