Are you ready for Forza Horizon 2 & The Crew Invitational Beta?

It is a grand time of year for games, car games and simulators are no exception. With several huge titles rolling out in the near future, both new installments in well established franchises and brand new IPs, this fall looks to be a good one for petrolheads world wide.

From time to time innovation changes an industry, and that is exactly what happened when Polyphony Digital set the bar for future car simulators with Gran Turismo 17 years ago. They managed to squeeze 200 cars, a comprehensive career and advanced mechanics into a PlayStation game that demanded dedication and an above average interest in cars. With the follow up released a few years later, filled with more of what fans wanted, they did it again. Bringing even more stunning graphics on Gran Turismo 3 for PS2 the Japanese Studio definitely had throne of the genre safely secured. Forza Motorsport, Project Gotham Racing, Burnout Paradise, Test Drive, Need For Speed, Racedriver: Grid, Colin McRae's Dirt and several others within the genre has since provided countless hours of adrenaline filled rage and victory for a lot of us. As players now are moving on to a new generation of consoles with little to no backwards compatibility, the selection is rather limited in the genre. Most players are stuck with the odd Beta access or demo while waiting for an interesting fall of releases, starting off with the extremely polished Xbox One exclusive Forza Horizon 2. 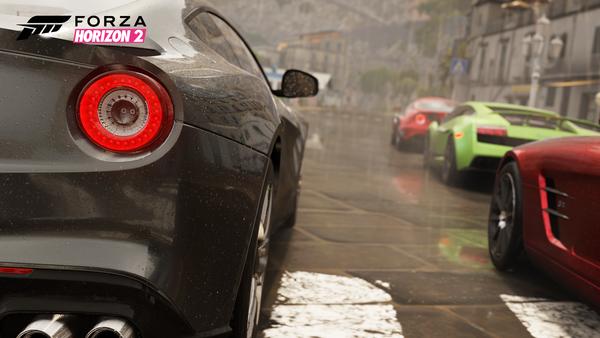 "The goal has since the start been to provide fun, freedom, beauty and connectivity" says Forza Horizon's creative director Ralph Fulton in an interview. The game takes place in Europe where players are free to roam both mountains and cities in Italy and France, drive through traffic in super cars, win races, crash into signs and find hidden cars for us to unlock while listening to a DJ of our choice. Just like in its predecessor, a festival is the rather loose frame holding the game together providing challenges and social interactions. If you prefer to discard the set path and blast offroad through the fields while racing your friends, you are free to do so for hours on end. Fulton continues:

"This time you’ll get to what we call ‘soft-completion’ in…15 hours, maybe? That’s a good chunk of game. I can play that. But then there’s just so much content, so you can try out New Game Plus and so on and so forth – so easily over a hundred hours of gameplay for the super-hardcore, right? And I think what’s great about that is it means it’s a game that you always feel you can come back to and do some stuff then and progress without it necessarily being your primary game. Months on, when your Call of Dutys and your Assassin’s Creeds are out, there’s always that opportunity to stick in Horizon 2 again and just continue that road trip."

Driveatar will continue from Forza 5 to Horizon 2 and has now become more sophisticated. A day/night cycle and dynamic weather are a few examples of innovations compared to Forza 5. The Driveatar system is in short an attempt to replace AI with real players, even when they are not online. With 200 cars ready on launch day, I think it is safe to say that most car fans will find an automobile they are comfortable leaving their friends in the dust in. If you want to see more of what the game has to offer, a playable demo is available for download. Or you could just go get your copy, it will be ready for you to play September 30th, in the US and on October 3rd in the rest of the world. 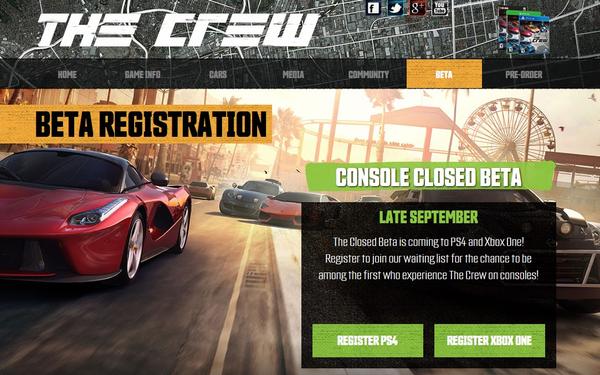 The open-world American The Crew, Sony's own dazzling DriveClub and the new and innovative Project Cars with support for Oculus Rift and Project Morpheus-virtual reality will soon follow. A closed Beta for the PS4 and Xbox One versions of The Crew will be open for invitations only starting September 30th. If you want a spot, go here to request one.

Are you ready for this? Or are you still stuck in Destiny?