Are Call of Duty Games Not Following a Copy and Paste Formula? 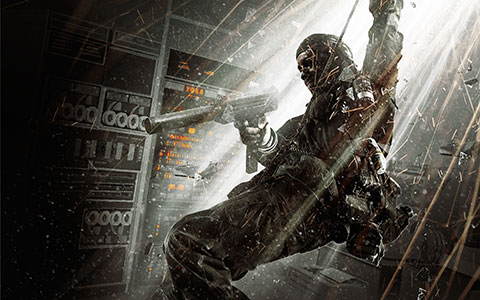 According to a response to an array of negative comments concerning Modern Warfare 3 declared by Activision, Call of Duty games do not follow a copy and paste formula. As many gamers familiar with the latest entries to the Call of Duty franchise know, the "copy and paste formula," has been thrown to and fro more times than Earth has orbited around the Sun. After enduring a seemingly endless barrage of criticism and insults, Activision's Social Media Manager, Dan Amrich, stated:

"That said, if you do not feel Call of Duty is worth your time or money, I totally respect that. A lot of other people (myself included) enjoy playing the game and feel the maps are worth their asking price. But we all make different decisions, because there are a lot of different kinds of gamers out there.

I don’t think the games are copy/pasted every year either, but maybe it’s all in what you are looking for in a game.

You don’t have to like what CoD is every year, but to say now “it’s going to be the same thing” seems pretty unfair. Better to wait and see what’s on tap before you make up your mind. If MW2 was all you needed, that’s fine too."

"Sometimes the third time isn't the charm."​
Regardless of the opinions many irrevocably hold for the massive blockbuster franchise, there is a steadily growing and conspicuous fact that is hinting that the once apparently 'invincible' franchise may hit rock bottom. A prime representation of the power of the consumer, and also an indicator of dissatisfaction, Modern Warfare 3 has actually brought forth a noticeable decline in sales. Simply put, whatever formula is being used to fabricate installments in an once mighty franchise is degenerating into a stale and milked cow of which will most absolutely reward the mathematician behind it with empty gifts and plenty of ridicule. With the upcoming addition to the franchise due later this year, and possibly a reveal in May, Treyarch may herald in the revival of the series or absolutely set it further down hill.

What are your feelings towards the Call of Duty franchise? Do you believe there needs to a massive haul of changes done to the series or do you trust that Call of Duty should conclude it's reign with the upcoming installment due later this year?
Click to expand...