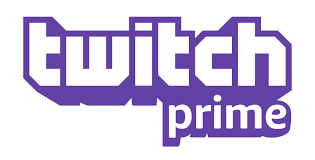 It's officially April, which means a new stack of free games is available for Twitch users with Amazon Prime. This is all part of the Free Games With Prime program, which formally began last month and will continue each month going forward.

April's free games are headed up by SteamWorld Dig 2, a fantasy-style platformer about digging deep into the ground to see what kinds of loot and enemies you find. Also available are the adventure game Tales from the Borderlands: A Telltale Game Series, the nostalgia-heavy RPG Kingsway, and Tokyo 42, a stealth-action game set in futuristic Japan. Last but not least is DubWars, which pairs Dubstep electronic music with the top-down shooting.

Twitch Prime is a perk for Amazon Prime members. All you have to do is link your Amazon Prime account to your Twitch account. Once you do, you can download all five games for no cost between now and April 30. They're yours to keep forever, even if you cancel Amazon Prime at some point down the line. The only slight catch is that you need the Twitch desktop app to install them. To find your freebies, just click the crown-shaped Prime Loot icon next to the search bar on Twitch.