Apple's iPhone 8 Event Confirmed, Here's When All Will Be Revealed 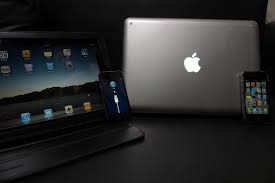 Apple has confirmed it will hold its next big conference on September 12 in Cupertino, California, where it is expected to reveal its new iPhone 8. In an invite (via CNET), the company announced the event will happen at 10 AM PT / 1 AM ET / 6 PM BST (3 AM AET on September 13 in Australia).

Although the iPhone is not specifically mentioned in the invite, Apple traditionally unveils its new phone models in September of each year, before releasing them later in the same month. The company is expected to reveal both the iPhone 8 and iPhone 7s, as well as an iPhone 7s Plus and other products such as a new Apple Watch model and potentially a new Apple TV.

The iPhone 8 is rumored to feature face-scanning technology and reportedly won't have a home button. This next lineup of iPhones--alongside the release of iOS 11--could be particularly good for gamers, as well. Earlier this year, Apple announced several gaming-related projects, such as ARKit for augmented-reality games on iOS, as well as support for Unity, Unreal Engine, and VR headsets on MacOS. Although most of these announcements have been focused on Apple's desktops, it's not inconceivable that we see greater attention paid to mobile gaming at the iPhone reveal event.

This year is an important one for Apple as iPhone sales have fallen slightly in the last couple of years. This year also marks the 10-year anniversary of the original iPhone's launch. In addition, the September event will be the first public conference held in Apple's new Steve Jobs Theater, named after the late Apple co-founder who died in 2011.