Apple to create a smart watch 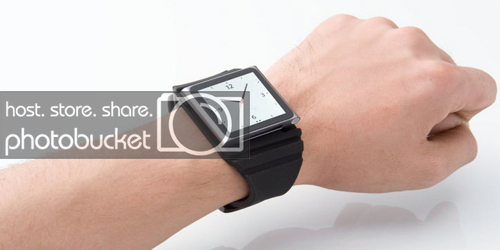 (This image is just a visual representation, not the real smart watch.)

Apple is supposedly beginning to expand its iDevice line-up with a range of smart watches, allowing interaction with the iPhone, iPad and iPod Touch and featuring ‘low –power processing technology’ from Intel.

Apple is planning to launch a selection of smart watches sometime in the coming year. Claims made by the Chinese press suggest that these watches will be paired to iOS devices via Bluetooth, providing a convenient way to control features such as music playback without the hassle of removing your iPhone from your pocket, or iPad from your bag. It’s possible that the watch would allow for message content – including iMessages, SMS and email messages, allowing you to read and potentially respond to the messages. Apps such as Apple Maps or Notifications may also be incorporated, allowing you to check your location or receive alerts on screen at a glance.

Similar devices are already on the market, of course; Sony’s SmartWatch is available for Android smartphone and tablet users, along with the iPhone-compatible Pebble that sadly missed its September launch. Even Google, Apple's biggest rival, is investing in the idea with the company patenting a Nexus-branded smart watch of its own.

Some people suggest that a device such as the smart watch is just what Apple needs to kill the iPhone. Asymco's Horace Dediu explained: "It create new categories and self cannibalises in a way, the iPhone was about killing the iPod. Apple's number one job today ought to be killing the iPhone. Even though it's its biggest product. They should be doing that, if they are not doing that they will really face a crisis in a few years."

So far, Apple has made no comment on the rumored smart watch, but I personally would be very interested in purchasing one. What about you?