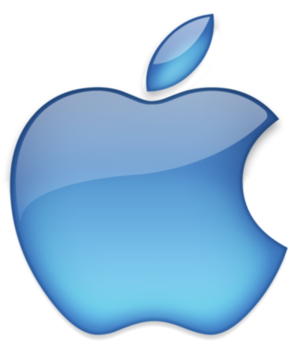 The iPhone 6 seems to be meeting expectations by selling 10 million units the 3 first days after it was launched on Sept 19, but Apple has more in store for us this fall. New iPad models are rumored to be unveiled this month alongside the new Mac operating system, OS X Yosemite. The developer preview just reached Golden Master status, which allows us to assume that the wait is coming to an end soon. There has been several rumors about the date for this announcement, the first big one claiming October 21, the same date as iPads was launched last year, but this has been debunked by reliable sources. The most reasonable guesses remaining would be October 14. or October 28.

The new versions of Apple's 9.7-inch iPad will be launched in gold, and the iPad Air will be available in silver, and as with their phones, only the rear metal cover will be colored according to Bloomberg, who claims to have been in contact with sources with knowledge on the matter. Bloomberg did confront Apple with the leak, but spokesperson Teresa Brewer would not comment on the speculation about colors.

Sales have not been promising for their tablets in US and Europe recently, so a color change is most likely made to attract more customers. Portable tablets are on the rise in China, where sales increased by 51 percent in the financial third quarter. And in the Far East, the gold design on the iPhone 5S was highly sought after, so an iPad in gold can mean nicer figures from the emerging market. It would not be the first time Apple uses the color spectrum to cash in, iMac in candy colors was enough to lift sales of the iMac in 1999 and represented a new trend. Gold colored iPhone 5S did not create the same enthusiasm, but still sold out in Europe, USA and China after the launch last year.

Sources have also leaked that Apple worked on a giant version of the iPad about a year ago, the model is said to be released on the market in 2015. This new version will measure 12.9 inches and will thus be 30 percent larger than the current iPad's 9.7 inches. In addition, a mini-version of 7.9 inches is said in the works too. This leak stems from Apple suppliers, while the company itself would not confirm the plans.

If there is any truth to this, Apple will be catching up to other tablet manufacturers, who has been announcing size increases. iPad challenger Samsung Galaxy Note has already launched its 12.2 inch version, while Toshiba currently has the widest, at 13 inches.

Anyone looking forward to a new iPad? Or is the new OS better news for you?