Apple Launch - As it happened 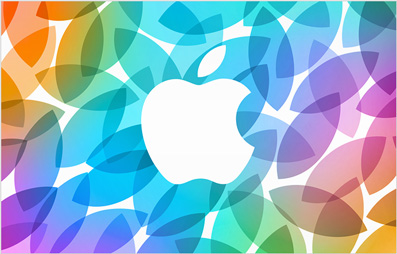 It appears the rumours that have been circulating got it right as Apple has unveiled a plethora of new products as predicted by some experts. Sticking to tradition, the media invitation hinted at what Apple was to unveil, which included a new iPad Air, iPad mini with Retina display, MacBook Pro and of course, the new iPad Smart Covers. What's even more exciting for Mac owners is the news that the new operating system, OS X Mavericks, will be available as a free update; starting today! Before I continue, here's a brief summary of the main news from the event.
To start off the event, Craig Federigi walked through some of the improvements that OS X Maverick would bring to Mac devices. This included an hour longer web browsing on a MacBook Air, and an hour and a half longer watching video. Other features included bringing iBook and Maps from iOS to OS x, fully functional multi-display support and iCloud keychain that allows you to save passwords on iOS devices and use them on your Mac. Best of all, OS X Maverick is free to all users who have an Mac device that was purchased in 2007 or later. You can download OS X Mavericks for free, here. 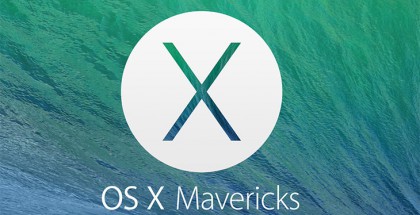 Next, Tim Cook introduced the new iPad Air. This tablet is the "lightest full size tablet in the world," weighing in at only 1lb (under 500g). Apple has achieved this by making the tablet 20 per cent thinner and reducing the bezel by 43 percent. The iPad Air also houses a 9.7-inch retina display, A7 and M7 chip, and a battery that provides 10 hours battery life. Like the iPhone 5s, the iPad Air used a 64-bit architecture with more than 1 billion transistors. This makes the device eight times faster than the original iPad, and has 72 times more graphical power.

The iPad Air features a 5-mega-pixel that can record in 1080p, a front-facing FaceTime camera, dual microphones and Siri. It will be available on November 1st and comes in 'Space Gray' and 'Silver'. The 16GB version will cost $499.00 and the cellular model will cost $629.00. It will replace the current iPad 4, whilst the iPad 2 will continue to be on sale. 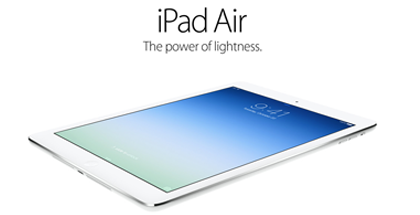 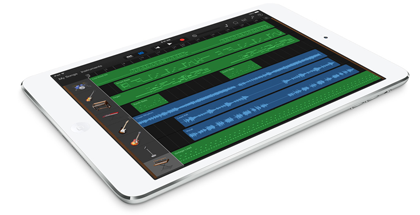 ​
We mustn't forget the MacBook Pro. Firstly, the new MacBook Pro 13-inch is lighter, 0.71 inches thinner and houses the Haswell chip from Intel. The battery life now lasts up to 9 hours, the flash storage has been upgraded to PCIe based flash and the Wifi has been updated to the .ac standard. The MacBook Pro 15-inch houses the Crystal Well processor from Intel, 8GB of RAM and a 2.0Ghz quad core i7 processing chip. The 13-inch model costs $1299 (that's $200 cheaper than the current version) and the 15-inch model costs $1999. Both versions go on sale today.​
​
A large chunk of information is already known about the Mac Pro, as it was introduced at the developers' conference, but I'll go over the basics anyway. The Mac Pro has an Intel Xeon E5 processor, 12GB RAM, 3.7 quad core, dual-workstation GPUs, 2B VRAM and a 256GB SSD. "Inside it is the fastest memory we've ever put in a Mac", said Phil Schiller, "The fastest processor we've ever put in a Mac." However, such a device will leave your wallet several pounds lighter as the Mac Pro costs a mere $2999 and is set to be released sometime in December.​
​
Finally, let me introduce you to the new iPad cover and case. Apple revealed two new accessories to go with the iPad Air and iPad mini with Retina display; the Smart Cover and Smart Case. The covers are made from a polyurethane material and will be available for both devices. The cover is designed to protect the front-end of your tablet and will retail for $39. On the other hand, we have the case. This is designed to protect both the front and back of the device. Not only that, but they're designed to be a little fancier than the cover as they're made from leather. The Smart Case for the iPad Air will cost $79, whilst the Smart Cover for the iPad mini will cost $69. Both cover and case will come in a range of colours, including a Product (Red) version as well.​
​
If you'd like more information on any of the products, feel free to visit the Apple website: http://www.apple.com​
​
Personally, I don't think I'll be upgrading any of my iDevices yet. However, I did go ahead and download OS X Mavericks and instantly noticed the changes that Apple incorporated. Although the aesthetic changes are small, they're definitely noticeable since I upgraded from Snow Leopard. So, has anything caught your fancy? Will you be purchasing the iPad Air? Let us know in the comments below.​