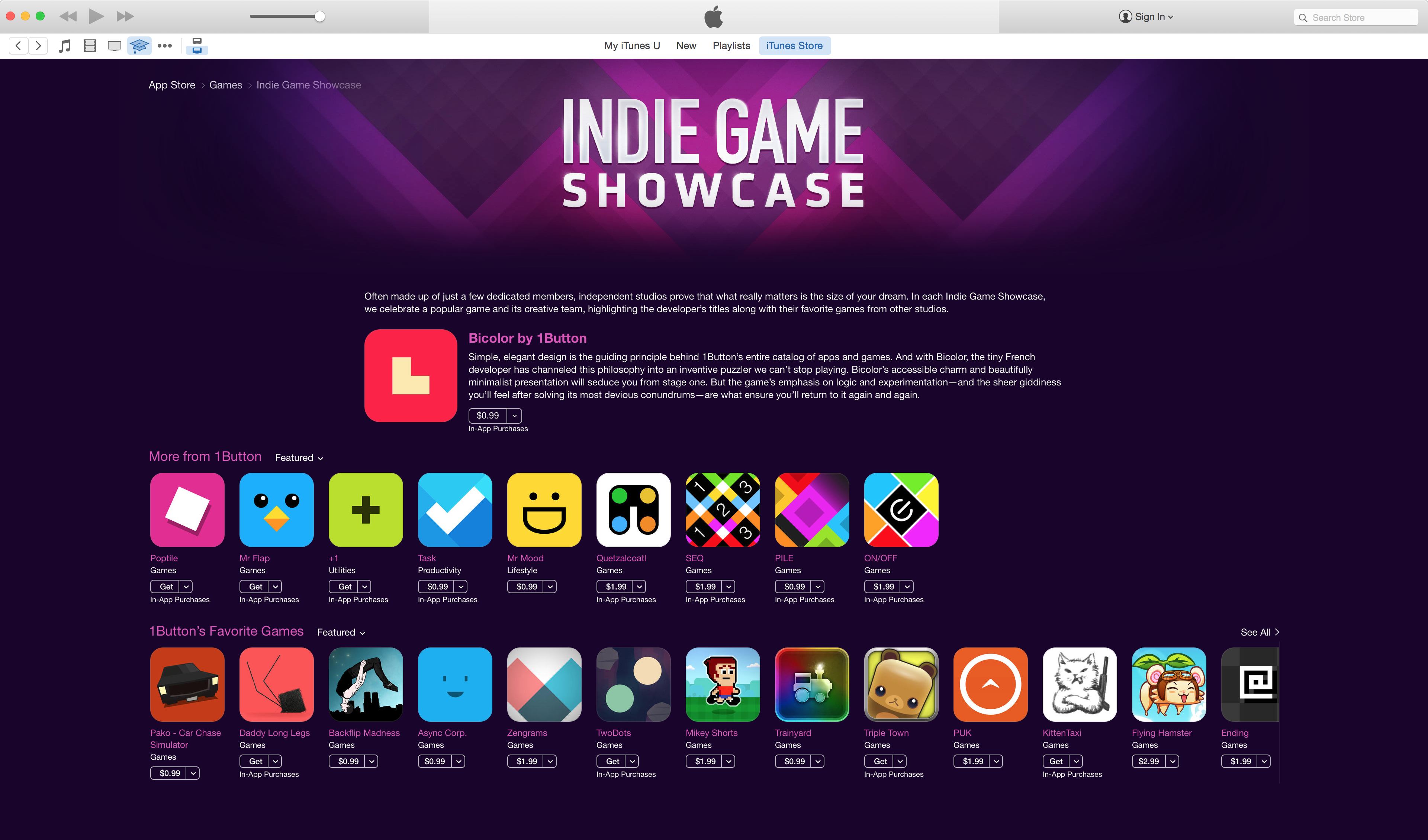 Apple is betting heavily on independent game creators, adding a permanent section called Indie Showcase to its App Store, encouraging users to buy and play more independent games. The section kicked off today and will run indefinitely, according to Apple, featuring new games daily, along with highlighting older titles. The games are a mix of free-to-play and paid titles, all selected by the same editorial team that has been highlighting games through the App Store’s history.

The permanent App Store installation was anticipated by a two-week promotion on indie games, with discounted titles and prominent placement for unique games, like Untame’s Mushroom 11 — a PC title from 2015 that just made the jump to mobile last week.

“While independent works often set the creative tone, the consumers can unintentionally send the market in a different direction, in terms of genre, pricing and creative risk,” Mushroom 11 creator Itay Keren told Polygon. “By setting up this showcase and reserving this desired spot on their store, Apple is essentially taking a stand to insure the creativity, sustainability and diversity.”

Time will tell if this has an effect on consumer behavior, but prominent App Store placement can make or break new games, especially since placement, according to Apple, can’t be purchased by developers.

“By experiencing the vast spectrum of creative content, players may develop a wider taste and hopefully transform and redefine mobile gaming,” Keren said.

Based on the fact that indie titles Botnicula, Surgeon Simulator and Prune are at the top of the Paid charts in the App Store right now, Keren’s theory could be correct.