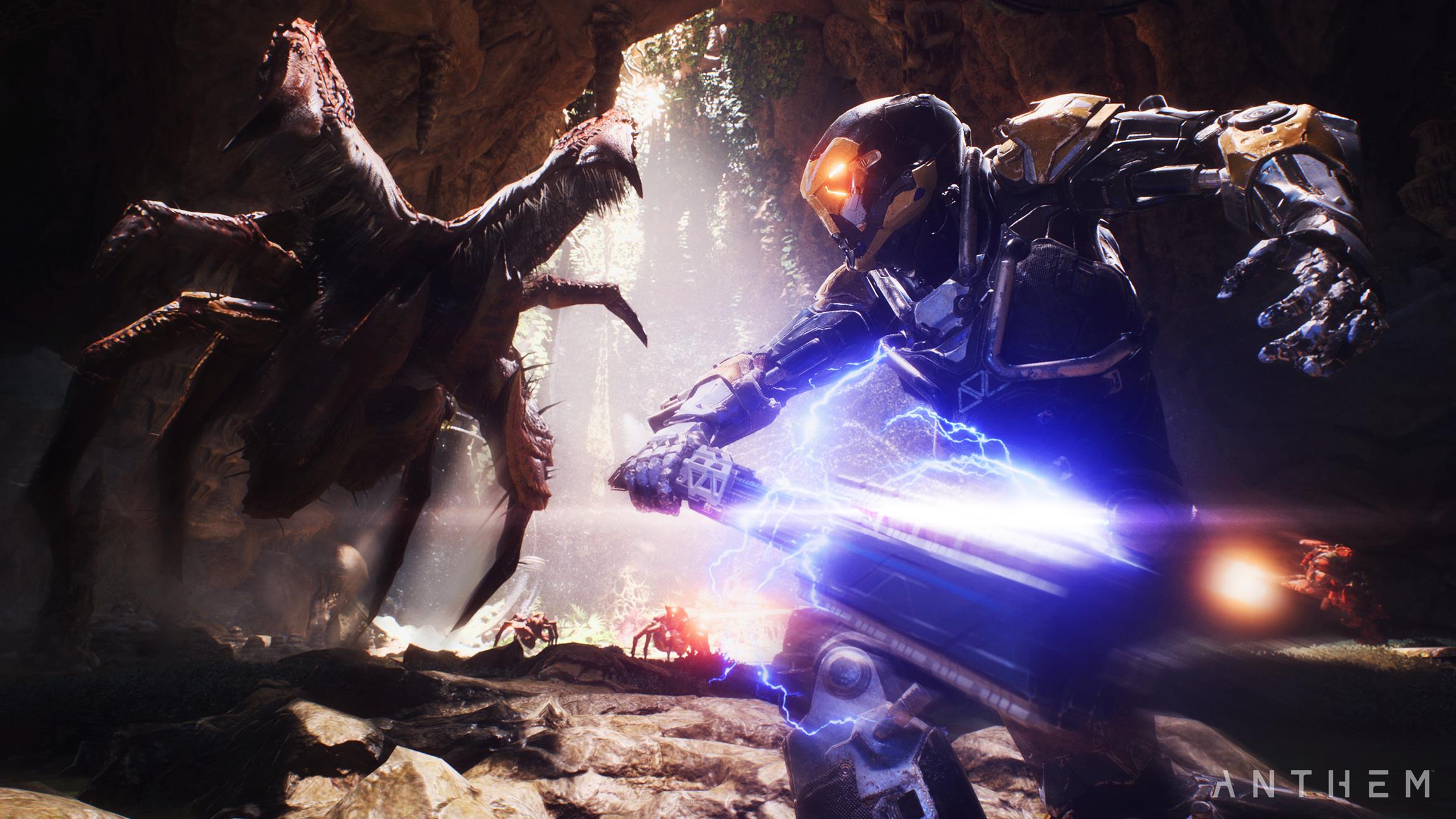 EA has announced the next update for Anthem is now live. This update patches Anthem's loot system--specifically buffing the drop rates for Masterwork and Legendary items. The full patch notes are listed on EA's website.

The new update has taken immediate effect on the server-side of Anthem so you don't have to actually download anything. If you boot up Anthem right now, the update should have already taken effect. Because of the update, drop rates for all Masterwork and Legendary items have been increased on Grandmaster 2 and Grandmaster 3 difficulties. Across all difficulties, Masterwork and Legendary items now have a higher chance of dropping from Anthem's harder enemies--which includes Legendary and Epic Titans, Legendary Furies, Legendary Acid Ursixes, and Legendary Luminary Elders.


This new update comes out after BioWare community manager Jesse Anderson put together a lengthy response to a Reddit post that expressed concerns with Anthem. "All I'll say on this is that Anthem is here to stay. Do we have a lot of work to do to fix parts of the game? Yes, and the team is committed to making improvements and releasing new content," Anderson wrote. Anthem did not have the smoothest launch--releasing to mediocre review scores. BioWare even implemented a patch that accidentally fixed a bug that players wanted to stay in the game. However, BioWare seems to be taking most of the criticism in stride and has repeatedly released follow-up hotfixes and large scale patches for the game in response to community complaints--which Anderson also pointed out in his Reddit post.

"For feedback, we've made a large number of changes based on what players have told us. Not wanting to run to the Forge every time to launch an expedition? We added the ability to launch anywhere in Fort Tarsis, that was because of player feedback. Wanted to visually see loot drop from bosses in Strongholds? Added because of player feedback," Anderson wrote. "If you are talking about feedback on loot in general...I've already said that the team is discussing and that more will be likely be shared in the coming days. I know everyone wants to know when, but I don't have that answer." He continued, "As Chad Robertson said in a tweet, we aren't happy with where loot is either, so know that it's high on our priority list."

In our Anthem review, Kallie Plagge gave the game a 6/10, writing, "Anthem has good ideas, but it struggles significantly with the execution. It's a co-op game that works best with no one talking; it buries genuinely interesting character moments and puts its most incomprehensible story bits at the forefront; its combat is exciting until you get to the boss fights and find your wings have been clipped. Even the simple, exhilarating act of flying is frequently interrupted by the limitations of your javelin, and you never quite shake that feeling of disappointment--of knowing, throughout the good parts of Anthem, that you'll inevitably come crashing back down."