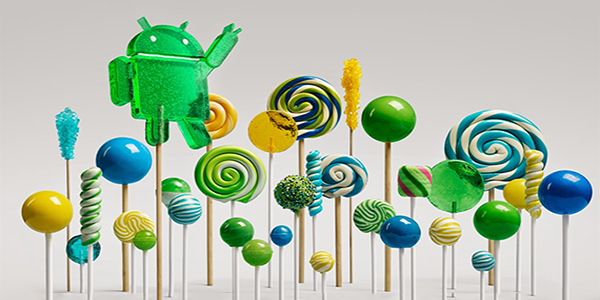 Earlier this year at Google's I/O conference, developers were able to test out the next version of Google's colorful new UI. Everyone was impressed with how sleek and elegant it was with it's redesigned typography, bright colors, and easy navigation. But after the conference there hadn't been any word on what else to expect from the OS or even given a hint as to what the name might be, until now. Several months have passed and we are finally getting a full introduction into Google's multi-platform operating system, Lollipop.

​
Lollipop has been designed to connect all of your devices together by allowing for each device to have multiple account users. For instance, if you somehow loose you phone, you can log into another android powered phone and instantly access all of your contacts, photos, and anything else synced to the cloud. This feature can also be used for families who want to share their phones, but not what's on them. There will also be an option for a guest account where you can lend your phone to someone to make a phone call and know that they can't view your information. If you don't want to go through the trouble of making multiple accounts, you can instead use the screen pinning feature. Screen pinning allows you to select certain content to be viewed at that time and will not allow the user to divert from that page without your permission.

​
To make things easier for users, Google has made a new Quick Settings option that will allow a new menu to come down when using two fingers to slide down the screen. From their you will be able to access you most frequently used features including their new handy controls like flashlight, screen rotation, hotspot, and cast screen controls. You will also be able to toggle WiFi, Bluetooth, and location controls on and off from this menu. Other functions can be added into the menu once the final version is completed.

Not only have they improved greatly on the visuals of their new UI, but also its performance and runtime. With it's new ART, it is capable of supporting 64 bit devices, bringing desktop class CPUs to Android. This will improve performance by four times of it's current state allowing for a smoother UI complex and visually rich applications. Lollipop will be distributed with 64 bit versions of their stock apps on release, including Chrome, Gmail, Google Calander, Google Play and more. You will be able to run more apps as well without impacting the performance thanks to the apps being compressed when not in use for a certain period of time.

There have also been a lot of improvements that all types of media lovers can enjoy, whether it's in music, videos, or photography. With all of the upgrades added into its interface, one of the most notable is towards its audio capabilities. There is now low latency audio input that allows for an amazing real time experience for applications that have strict delay requirements. USB Audio support has also been added enabling for compatible devices such as USB microphones, speakers, and other USB audio devices like amplifiers and mixers to be plugged into your Android device. The added professional photography capabilities allow for pictures to be captured in full resolution frames at 30 fps. With the added help of the control capture settings, you can adjust the sensors, lens and flash per individual frame to make some stunning photographs.

Lollipop's Interface has been optimized for use on living room devices, such as the Android Tv. It will now give you recommended content based on your search history and previous watched Movies and Tv Shows. You will also be able to use the Google Voice feature to simply say what you are looking for instead of typing it out. If you would still like to type it out using your gamepad or Android powered device, you may. With this feature you will be able to play your Android games on your Tv or fling apps onto the screen from your tablet or phone, making for a better entertainment experience. 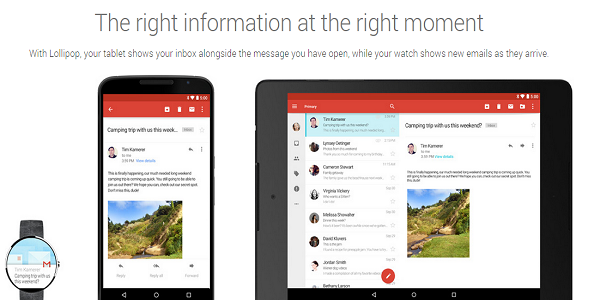 More updates are on the way, but from what we know so far it seems that this is going to be a better OS than it's predecessor.

Source
Source
Credit to Selena Gomez for supplying the Topic.