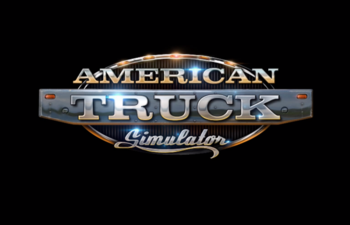 ​
SCS Software is a well known developer within the PC gaming community, especially with those familiar with simulators. They have developed multiple simulators for various types of transportation. Their most popular game, Euro Truck Simulator 2, attracted an audience much wider than the expected niche demographic. As Euro Truck Simulator grew in popularity, more and more people were waiting for a trucking simulator based in America. After years of waiting and multiple delays, SCS has finally released American Truck Simulator, and it’s everything that it should be.

Needless to say, the biggest change between Euro Truck Simulator and American Truck Simulator is the map. As of now, the only two states in the game are California and Nevada. There is also plans for a near-future release of Arizona, but unfortunately there is no announced release date. While only two states at launch might seem a bit skimpy, the variety of environments makes the map much more interesting than it was in previous games. For instance, you can start a trip in the hilly city of San Francisco and end up traveling across the border on long desert highways. No matter where you are, there is almost always something to look at, which makes every trip a scenic experience.

In addition to the new map, the next biggest change is the change in truck selection. Unfortunately, the game doesn’t have that much to offer quite yet. The only two models that are available on release are the Kenworth T680 and the Peterbilt 579. There are, however, plans to add more trucks, such as the Kenworth W900, in future updates. Compared to Euro Truck Simulator, this is a very small selection. On the bright side, truck models don’t have a huge impact on the gameplay for most casual players.

The core mechanics behind American Truck Simulator are pretty much the same as the previous Euro Truck Simulator games. Because of this, it’s very easy for former players to pick up the game and jump right into it. For those who are unfamiliar with the way Euro Truck Simulator is played, it is actually fairly simple. You start off as a freelance driver that borrows company trucks to deliver cargo across the map. As you do more jobs, you earn money and start to build your own company. The nice thing is that you can decide how you want to play the game. You can focus on building a large corporation or you can sit back, relax, and just drive around to enjoy the scenery.

Like most simulators, the main attraction of American Truck Simulator isn’t the game mechanics but rather the gameplay experience. To appeal to both the hardcore trucking simulators and the casual gamer, there are an immense amount of options that allow you to tailor a unique gaming experience. You can keep it simple with just focusing on simple driving mechanics like steering and signaling. On the other hand, you can take complete control of your truck with clutch supported manual transmission, retarder control, various light options, wipers, and more. You have the option to use a keyboard and mouse, a controller, or a gaming wheel. While the game is certainly fun on all control schemes, a gaming wheel offers an immersive experience that is unparalleled by other input options.

The most underwhelming aspect of American Truck Simulator is the game engine. SCS utilizes the same engine that is used by Euro Truck Simulator 2 and a lot of the issues carry over. Overall, the game runs rather well but it doesn’t look that great. There are also some strange bugs, such as the game completely crashing when trying to some graphic settings. Perhaps the biggest problem is that the default force feedback for the game is also rather lackluster for a simulator. Fortunately, this engine does allow mods and there are some great mods that improve various aspects of the game, such as force feedback mods. While the engine isn’t unbearable, it would have been nice to see an upgrade.