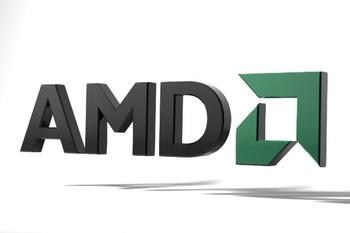 Even after the release of the 300 series, AMD has been fighting an uphill battle to maintain their company values. Most of the recent AMD news has been about the declining of sales, the loss of employees, or their financial struggles. Needless to say, things just seem to not be going AMD’s way. Hopefully, the much needed release of their Zen CPU will bring back the powerful competitor that AMD can be, but Zen is still a long ways out. It’s unclear what AMD’s gameplan is during this period of waiting, but a secret project codenamed “Magnum” could be the trick up their sleeve.

A shipping manifest on Zauba shows a listing for “PRINTED CIRCUIT BOARD ASSEMBLY-AMD MAGNUM FPGA PROTOTYPEBOARD FOR DTV P/N .102-B25432-00 (FOC).” Unfortunately, this manifest entry is the only information that we have on the product. The good news is that listing gives a lot of hints on what the product could possibly be.

The most interesting part of the entry is that it suggest Magnum is somehow related to DTV, or digital TV. What makes this peculiar is that AMD was once a player in the DTV market, but then sold its DTV division to broadcom. Due to the current markets AMD is involved in, it’s unlikely MAgnum is dedicated to DTV, but rather has DTV as one of its features. This means that Magnum could be a spin of the proof-of-concept showpiece, Project Quantum, that competes with NVIDIA Shield, Steam Link, and similar gaming-orientated TV accessories.

The fact that the product is listed to includes FPGAs makes it even more interesting. AMD hasn’t done much in the niche FPGA market, but they recently filed a patent that suggests they are interested in starting to get into the field. The strange thing is that FPGAs don’t make sense in consumer markets, and right now doesn’t seem like the best time for AMD to be venturing into new markets. There is the possibility that this product is related to K12, AMD’s first ARM microarchitecture that is intended for server use. K12, however, isn’t expected to release until 2017 on a 14nm FinFET node, so it seems really early to see shipping manifests for K12-related projects now.

The final possibility is that this could be the full Tonga XT GPU, likely the 380X, that fans have been waiting for. This theory, however, is mainly just speculation as there is not much in the manifest that backs it up. The one thing that does line up with this theory is that the Magnum has a per unit value of 22,213 INR, or about $340 USD. This price tag would fit a 380X well, placing it right in between the 380 and 390. The timing would also make sense, since AMD recently unveiled the E8950 MXM module which is an embedded version of Tonga XT.

Right now the only thing that is confirmed is that AMD is working on a new project Magnum. While we barely know anything about the product, fans can only hope this is what will greatly help AMD prior to Zen. If the typical pattern of Zabua listings and public releases continue, we will likely hear about Magnum by Q1 2016.