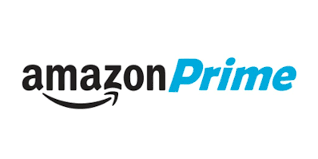 Most gamers are generally aware of the free monthly games that come with PlayStation Plus and Xbox Live Gold, and you've probably snagged a free game from Steam, Epic, Humble Bundle, or some other digital store from time to time. But if you have an Amazon Prime subscription, you might be missing out on another regular source of free PC games: Twitch Prime, a premium membership that comes free with Amazon Prime.

Twitch Prime has been handing out free games and loot like candy for quite some time now, and if you're not checking their monthly offerings on a regular basis, you're missing out. You still have a few more days to grab October's free games, including The Walking Dead: Michonne and Deadlight: Director's Cut, but Amazon has also announced the free games and in-game loot that will be available during the month of November.

Kicking things off next month is Darksiders II: Deathinitive Edition, an RPG and hack-and-slash adventure where you play as Death, one of the four horsemen of the apocalypse. The Deathinitive Edition includes the remastered game in 1080p and improved graphics as well as all DLC.

The game earned a solid 8.5/10 in GameSpot's Darksiders II review, in which Kevin VanOrd praised the fluid, colorful action, expertly crafted dungeons, and apocalyptic tone of its audio and visuals. "Darksiders II is remarkably well put together, particularly in light of its impressive scope. Bigger doesn't mean better, of course, but this isn't a 'more of the same, just bigger' kind of sequel. The game uses its expansive geography to cultivate a poetic tempo in which your intellectual triumphs are rewarded with the immediate pleasures of fleet-footed platforming and demonic brutality," he wrote.

Get stranded on an alien world in Planet Alpha, a 2D puzzle-platformer where you play as an unnamed space explorer on a mysterious, beautiful planet. The game earned a 7/10 in GameSpot's Planet Alpha review, in which James O'Connor wrote, "While there are moments of frustration in its platforming, and the puzzles are relatively unsophisticated, the locations of Planet Alpha will most certainly stick with you. It doesn't matter why you're there, or what it is you're looking for. There's great pleasure in just existing on this planet, in navigating its harsh terrain and admiring its vistas, and the sheer beauty of it all makes the game's shortcomings easy to bear."

Several other free games will also be available in November: a turn-based tactical RPG set within a reimagined King Arthur mythos, Sword Legacy: Omen; a tongue-in-cheek simulation game based on the 19th-century oil rush, Turmoil; and an interdimensional action-platformer, Double Cross.

In November, you can also claim plenty of free in-game loot and cosmetics. Current offers that will extend into next month include an exclusive Jackal Operator set for Rainbow Six Siege and exclusive wheels, engine audio, and decal for Rocket League. There will also be three special loot drops for PUBG Mobile throughout November. You can see all the current offers at Twitch Prime.

To claim any free loot or free games, you just have to link your Twitch and Amazon Prime accounts. An Amazon Prime account costs $119 / £79 a year and gets you other benefits like free two-day shipping, access to Prime Video streaming, and more. You can also sign up for a 30-day free trial anytime (it might not be a bad idea to do it before Black Friday).