All The Marvel Vs. Capcom: Characters Confirmed 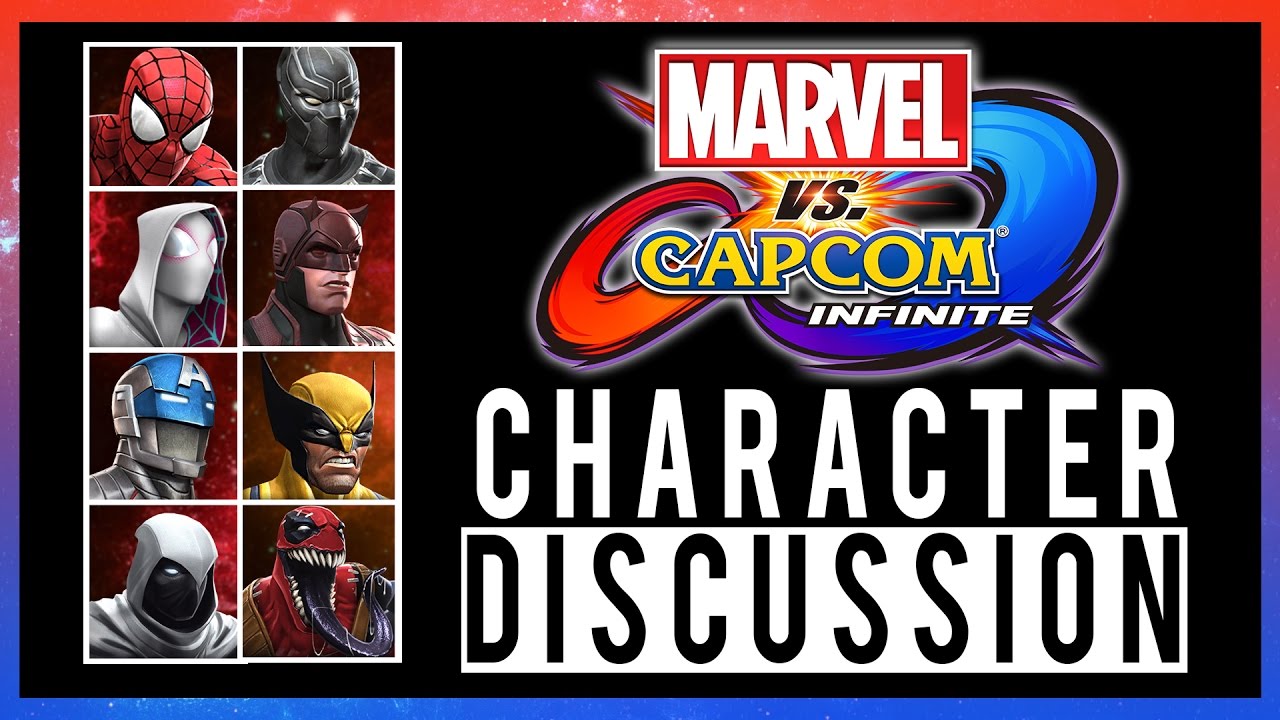 https://postimage.io/index.php?lang=frenchhttps://certificity.com
​
There are a lot of characters appearing in the upcoming crossover fighting game Marvel Vs. Capcom: Infinite. With so many to keep track of, we've compiled all the fighters that have been confirmed so far. Click ahead to see all the confirmed Marvel Vs. Capcom: Infinite characters.

Be sure to check back often as we update this article with more characters as they get announced.

Marvel Vs. Capcom: Infinite is set to launch on September 19 for PlayStation 4, Xbox One, and PC. Capcom previously discussed how the game is designed to be a more approachable fighting game and is aimed at casual players as much as the hardcore. For our most recent impressions of the game, check out our in-depth feature detailing what we liked, disliked, and want.

Captain America, aka Steve Rogers, is the leader of the Avengers. He wields a shield made out of vibranium--the strongest metal in the Marvel universe. His super-human strength makes him a formidable foe, but it's his leadership skills that put him above the rest.

Captain Marvel, formerly longtime superhero Ms. Marvel, fights as the protector of the galaxy. Infinite marks the first time she has appeared in the roster of a Marvel vs. Capcom game.

Hawkeye, aka Clint Barton, is the sharpshooter of the Avengers. He brandishes a tactical bow and an arsenal of customized "trick arrows" that he uses to fight against a variety of foes.

The Hulk is a rampaging green-skinned behemoth possessing incredible physical strength. His alter ego is Bruce Banner, a physically weak and reserved physicist. Both exist as separate personalities residing inside the same body.

Marvel's poster boy Iron Man returns to the Marvel vs. Capcom: Infinite roster. His origin story needs no introduction; though, if you're painfully unaware, he's a billionaire playboy turned superhero after suffering a severe chest injury during a kidnapping, which forces him to build a powered suit of armor to save his life and escape captivity.

Rocket Raccoon is a member of the Guardians of the Galaxy, a superhero team that operates primarily in the cosmic sector of the Marvel universe. He's the product of a scientific experiment that genetically modified animals to grant them human level intelligence and bipedal body construction. He's an expert tactician and a gifted marksman.

Thor is the Asgardian God of thunder. His powerful hammer--the Mjolnir--grants him the gift of flight and weather manipulation amongst other godly abilities. He fights to ward off threats against the Nine Realms.

Ultron is a powerful robotic being built by Hank Pym aka Ant-Man. He was once a loyal AI, but his programmed sentience fueled contempt in him, causing Ultron to rebel against his maker.

Ryu is a practitioner of Shotokan-style Karate and mostly spends his life alone wandering the world looking for challenging opponents to fight. His primary ambition in life is to increase his strength as a fighter.

Chun-Li is a master of Chinese martial arts and has a longstanding career in law enforcement. She has a strong sense of justice, always seeking opportunities to eliminate evil and corruption.

Mega Man X is an android that's a part of military task force known the Maverick Hunters, who hunt down robots that have given in to destructive, criminal tendencies. He is the successor to the original Mega Man model built by legendary robotics expert, Dr. Light.

Morrigan Aensland is a powerful succubus who lives for little more than the excitement of battle. While she's rather conceited and vain, Morrigan isn't as evil as the other demons of the Makai realm, which is where she calls home. As a result, she is often considered an anti-hero.

Strider Hiryu is a master spy and ninja who is often silent but stern. He has super-human capabilities, being able to move with great speed and agility. In addition, he's an expert fighter and swordsman.

Sigma is the nemesis of Mega Man X. He was once the leader of the Maverick Hunters; however, he became infected by the Maverick Virus, which caused him to turn into a maniacal villain.