Albert and Otto - The Game Limbo Fans Have Been Waiting For 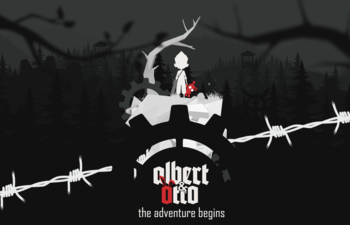 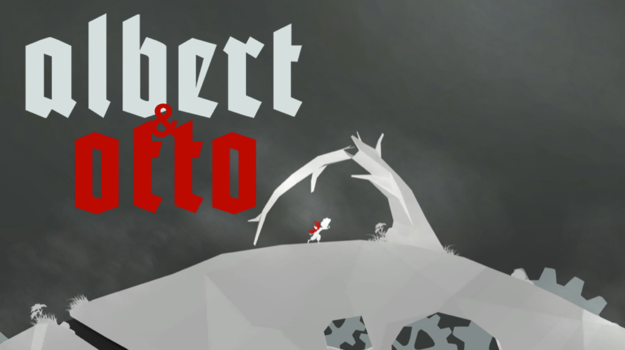 ​
2D platformers seem to be one of the most popular genres amongst indie developers. Despite this, good 2D puzzle platformers are few and far between. K Bros Games has finally awakened the genre from its dormant state with their first game, Albert & Otto. This game seems to be heavily inspired by Limbo, and the good news is that it delivers a very similar gaming experience.

Albert and Otto feels like a mix between Limbo’s puzzle mechanics and Thomas Was Alone’s need for character co-operation. Since these two games are regarded as some of the best modern platformers, it goes without saying that playing Albert and Otto is a very enjoyable experience. You control a boy named Albert who is assisted by a magical bunny, Otto. On his own, Albert isn’t capable of doing much. He is able to walk, jump and shoot a gun, but he needs to be carrying Otto to reach his full potential. With Otto, Albert has the ability to double jump, provide electrical charges, and perform telekinesis. Using these abilities, you are tasked with solving puzzles while on a journey searching for Albert’s sister, Anna.

The puzzles start off rather mundane and just require simple tasks such as moving boxes or pressing buttons. As you progress, however, the puzzles get increasingly difficult. Eventually, you are required to use Otto’s supernatural abilities to open doors, move various objects, turn on machines, and perform similarly challenging tasks. In certain areas, it is also necessary to drop Otto and continue on as Albert without any powers. This is typically used when there is a button that needs to be held down or a switch that needs to be activated at a certain time. All of the puzzles are a great mix of the aforementioned attributes, but they never get repetitive. Because of this, the puzzles are always different and I constantly found myself discovering new ways to use the abilities of Albert and Otto.

Aside from the environmental puzzles, there are various kinds of enemies that add to the difficulty of the game. At the beginning of the game, evil birds are scattered throughout the forest. These birds swoop down to grab you with their talons, but you can use your gun for self-defense. While I typically enjoy for there to be some sort of enemies in games, the birds felt a bit out of place. Rather than adding to the puzzle elements of the game, they just made certain areas more frustrating the first time you run through them. Fortunately, there are much more thought provoking enemies that make appearances further into the game. 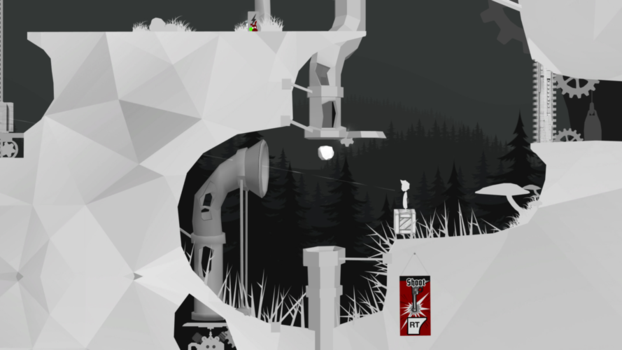 A gameplay screenshot showcasing multiple puzzle elements found in Albert & Otto​
While the gameplay itself is great, the biggest issue with the game is some of the checkpoint placement. There are certain areas where the checkpoints are very far apart. Normally this wouldn’t be an issue, especially in a puzzle game. However, I found that more often than not these long checkpoints weren’t making you do long puzzles again and again, but instead they forced you to do simple yet time-consuming tasks repetitively. For example, there is an area where you must ride a box down a river. The river moves rather slowly and there are no difficult puzzles on your way down. The problem arises when the actual puzzles are towards the bottom of the river, but there are no checkpoints placed before them. Areas like this make it feel like you’re playing an intentionally frustrating game, like Super Meat Boy, instead of the thought-provoking puzzle game that Albert and Otto truly is.

The game has an art style that is somewhat an inverse of Limbo. Most of the environment in the foreground is a bright white while the background gets progressively darker. The one exception to this is Otto, who is a bright red. When mixed with the game's string-based soundtrack, the color scheme really gives the game an eerie and mysterious tone. While the concept and art style is good, some parts of the visuals are a bit lacking from a technical point of view. There were some animation and resolution hiccups here and there, but they are few and far between and don’t take away from the overall experience.

The story is an undertone of Albert and Otto, but is very interesting none the less. You start off the game not really knowing much, but as you progress through your journey in search for Anna, you begin to learn more about the characters. There are very few cut-scenes in the game, but the mysterious emotions are well portrayed by the acoustics, aesthetics and mechanics of the game.

Albert and Otto is a game that a lot of people have been waiting for without even knowing it. Until now, there was never a game that has been able to fill the void that was created upon the completion of Limbo. While it’s hard to say which game is better, Albert and Otto certainly provides a positive gaming experience on the same level of Limbo. If you’re interested in the game, you can buy it on Steam for only $4.99. At this price, I would genuinely consider this to be a no-brainer purchase.
About author