Advanced Warfare Getting a Zombies Mode via DLC 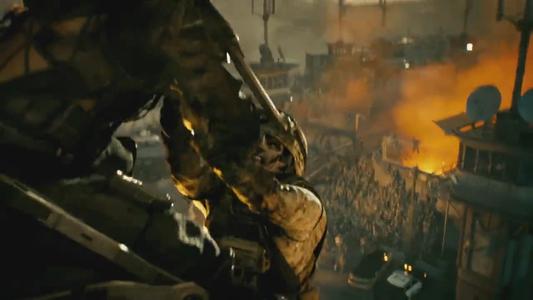 The zombies game mode have always been one of the main selling points of the Call of Duty’s developed by Treyarch. Unfortunately, since Sledgehammer Games is working on Advanced Warfare, Treyarch’s Call of Duty and their Nazi Zombies won’t be coming until 2015. However, there has been talk of a zombies mode being in Advanced Warfare, and it looks like the mode will be made available through DLC.

Earlier this week, a redditor by the name of Hamad_1q1 leaked a cinematic video of the zombies mode in Advanced Warfare. At the time of it’s release, no one knew for sure whether it was legit or not, but the quality suggested that it had to be real. Later that day, the co-founder acknowledged the leak pretty much confirming that it is real.

Unfortunately, it looks like the game mode won’t be available at launch. GameStop recently sent out an email to it’s customers saying that the season pass will include “4-multiplayer map packs, Atlas Gorge, and yes – ZOBMIES [sic]”. This makes it seem like the entire zombies game mode will be locked until you get the season pass, but it is possible it could just be additional content for a pre-existing zombies mode. It’s also unclear as to whether the zombies content will available to purchase without the Season Pass.

In addition to Hamad_1q1’s original video, he also leaked some gameplay footage. Based on that, it looks like the mode takes place in a prison of some sort. At the very beginning of the video, it looks like he is playing regular survival (like in Mw3). Then, all of a sudden, the map gets hit with a DNA bomb and all the enemies turn into zombies.This appears to happen at round 11, so it looks like this just randomly happens.

Right now, a lot of the news regarding this zombies mode is mostly speculation. However, the email from GameStop has pretty much confirmed that zombies will be in Advanced Warfare one way or another. Unfortunately, it looks nothing like the Nazi Zombies we know and love from Treyarch. Despite this, it’s still possible that it could be a fun mode to play considering zombie-alternative game modes, such as survival mode and extinction, have proven to be rather entertaining.