A Loveable Dinosaur to Return on the Wii U 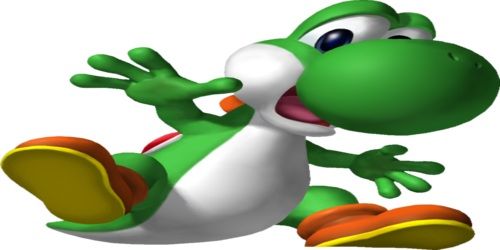 You heard right: Yoshi is to be debuting on the Wii U with his very own epic adventure on the Wii U as indicated by yet another marketing mishap. Albeit being unannounced by Nintendo, Best Buy retailers in Canada have allegedly erected pre-order listings for the upcoming title dubbed "Yoshi's Land," before effectively taking down the listing on their website soon thereafter. Before being taken down on Best Buy Canada's website listing, Yoshi's Land was advertised in rather recognizable Nintendo rhetoric.

“Take Yoshi on an epic adventure to remember in Yoshi Land for Nintendo Wii U. Check out Yoshi as you’ve never seen him before: in glorious high definition. Enjoy dual-screen control thanks to the Wii U Touchscreen GamePad, while you’ll also be able to experience full integration with Nintendo’s MiiVerse service.”

Yoshi's Land is one of the many popular titles to meet the newfound roar that we know as the Wii U in hopes to better popularize the console alongside already confirmed titles such at Pikmin 3 which will be released in March 2013. It is highly unlikely that Yoshi's Land will be released anywhere near the time of Pikmin 3's release in an effort to avoid conflict, but it is safe to speculate a early to mid-Summer release for the title should it not hit shelves before Pikmin 3.

Regardless, are you excited about Yoshi's return in his very own game for Nintendo's newest console?
About author