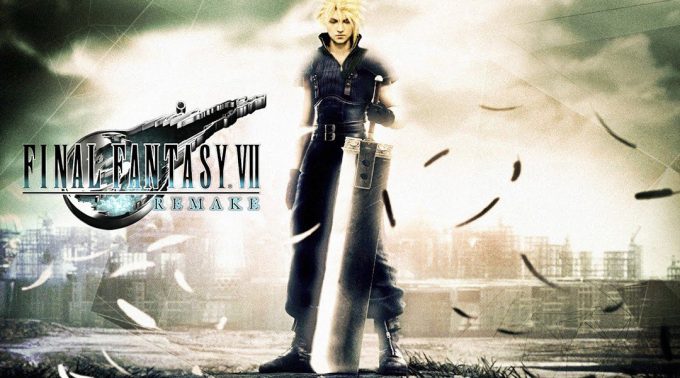 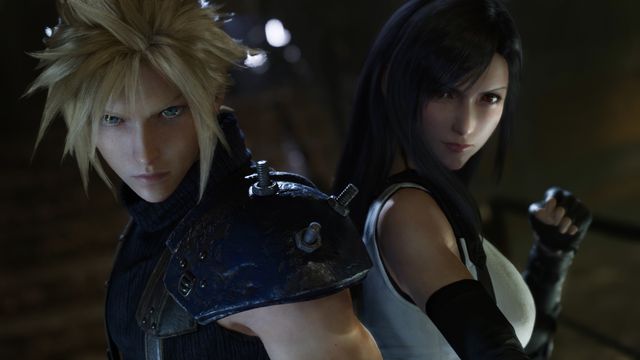 During Square Enix’s E3 2019 press conference, we saw new gameplay for the Final Fantasy 7 Remake along with a long-awaited glimpse of Tifa and what she’s like in combat. So far, we’ve only seen the characters from the very beginning of the game and members of a resistance group called Avalanche.

Let’s take a closer look at these high-quality images that Square Enix released and see how they stack up to the original character designs from the PlayStation era. Square Enix Cloud Strife from the Final Fantasy 7 remake​
Well first off, they drastically reduced his spiky hair from the mid-’90s and transformed it into a style more contextualized for 2019. It looks effortless somehow, like a modern advertisement for Dep hair gel.

His outfit is the same, down to the screws on his shoulder pad. But there is a key difference we spotted: his earring.

This earring first appeared in Final Fantasy 7: Advent Children, which is understandable as the movie takes place after the events of Final Fantasy 7. Cloud is noticeably traumatized. What better time to experiment with piercings than after the forced rebirth of a new world? But it’s canon now. Cloud has had an earring since he was at least 21 years old. 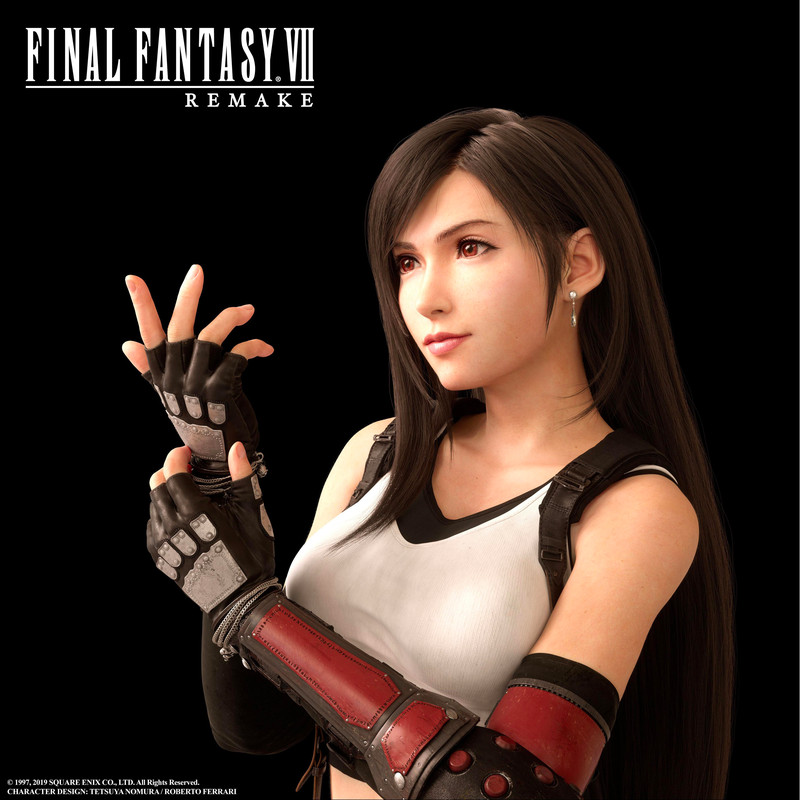 Our perfect, beautiful queen. Her hairstyle, eye colour, and earrings are all spot on for the bar-owner-turned-brawler. It looks like Square Enix updated the look of her primary weapon, gauntlets, to something sleeker. In the original concept art, her fists are covered with thick, red fingerless gloves and her elbow is covered with a large metal dome.

An even closer look at her fists shows that she now has bracelets, including charms of a Chocobo and a Bomb. It also looks like there are Nordic runes carved and etched onto her weapons — perhaps in honour of her hometown, Nibelheim. 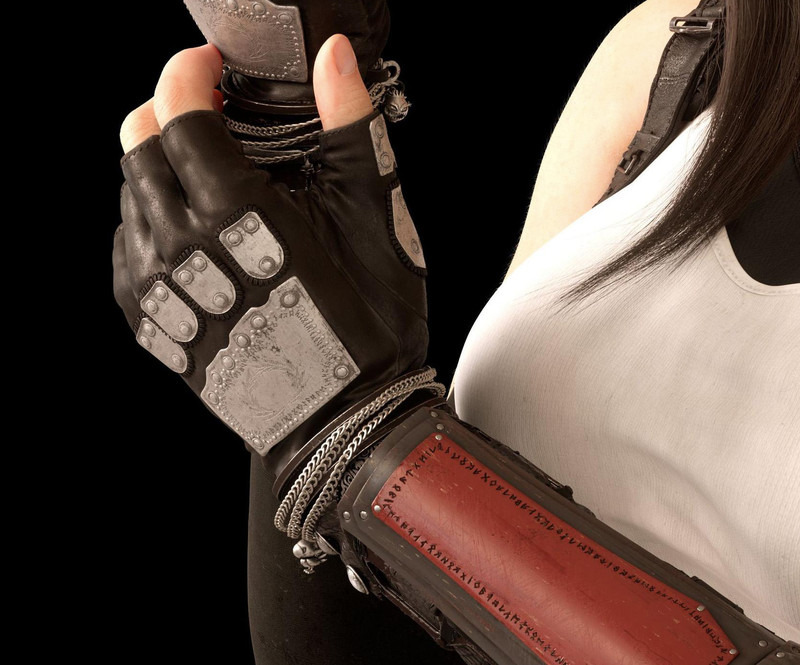 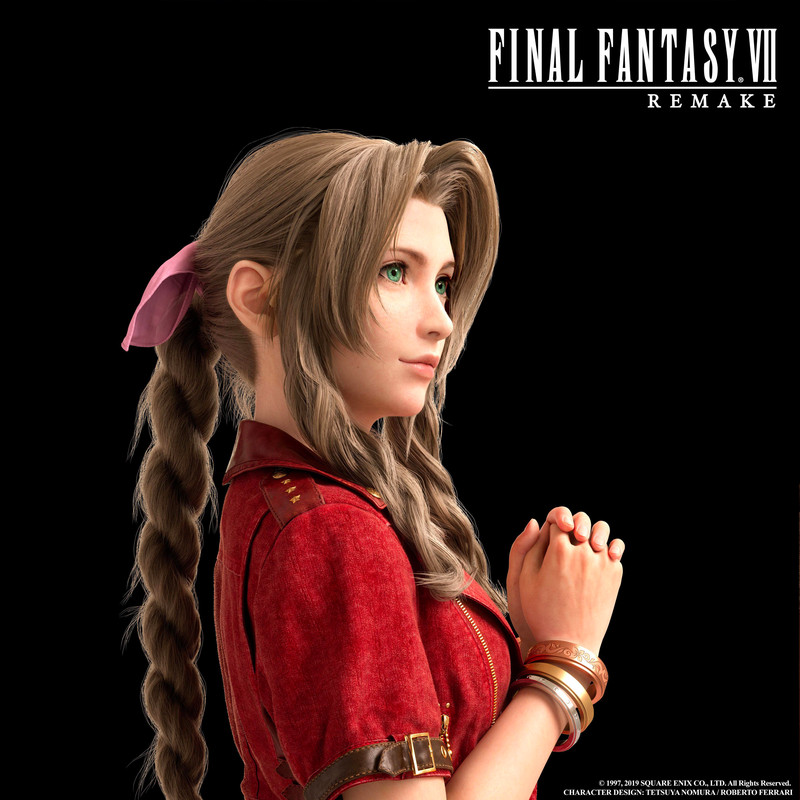 For the most part, Aerith looks the same, save for a few tiny changes to give her some extra flair. In the original Final Fantasy 7, Aerith’s jacket had exaggerated shoulders (gotta love those ’90s shoulder pads) with sleeve cuffs made of iron. The photo above shows that her design swapped out the industrial look to something softer, a brown leather strap and buckle. Her trademark pink button-down dress has also been replaced by a lightly coloured frock with a pink ribbon tied around her upper waist. She also changed out of her big brown Uggs and got a pair of heeled black leather boots. 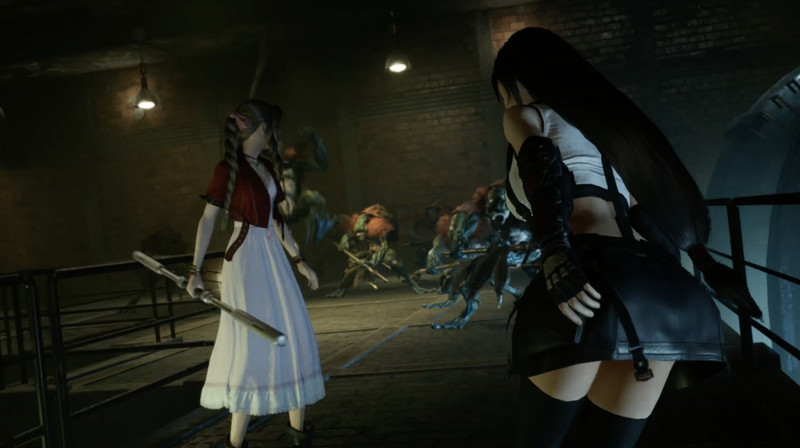 Aerith also used to wear thick metal bangles that look a bit like shackles, but in the remake, she’s wearing a set of three metallic bangles: silver, gold, and copper with a floral engraving. Aerith’s necklace is mostly the same but now has a charm in it instead of a loosely tied bow. 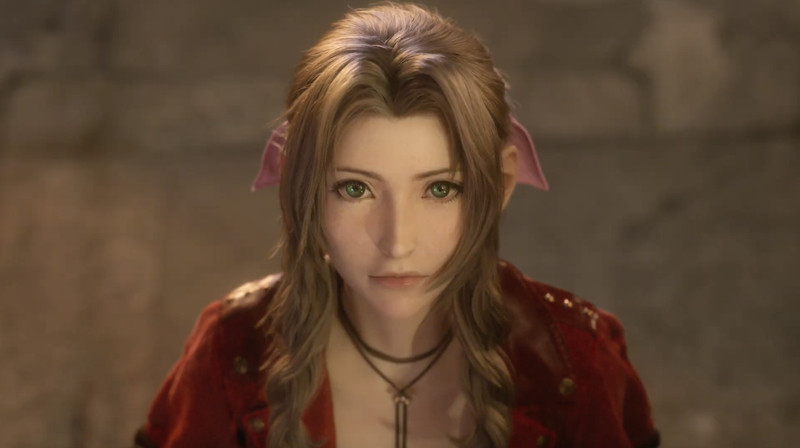 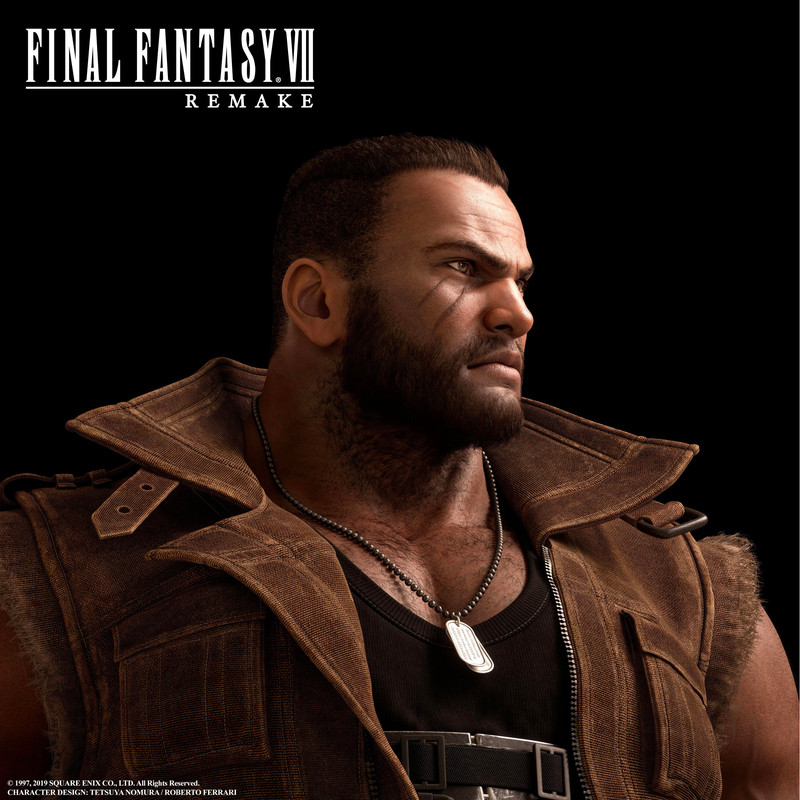 Barret still has his trademark cutoff vest (there are dozens of us!) and dog tags, which are arguably two of his most distinguishing features next to his gun arm. He also has an earring ... maybe he and Cloud got their piercings together. Maybe they had one too many at 7th Heaven. Who can really say?

His tattoo’s definitely been coloured and touched up in the remake, as seen from a still in the most recent trailer. 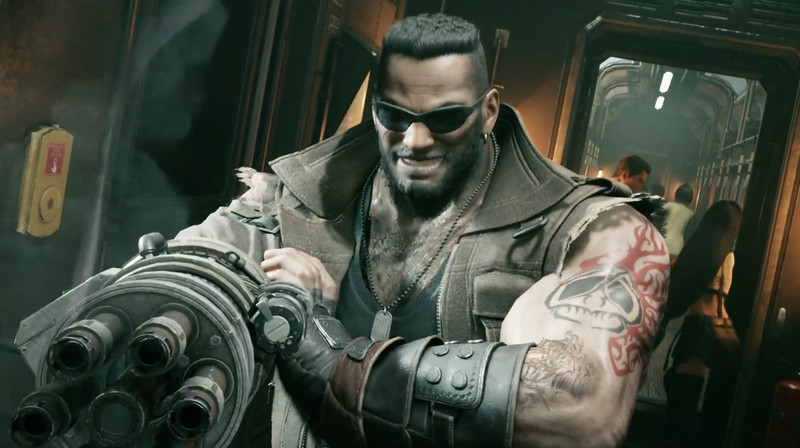 Barret fighting in the train

As for the other characters, we’ll just have to wait. The next edition of Polygon’s Final Fantasy Fashion Watch will come when there are more details.