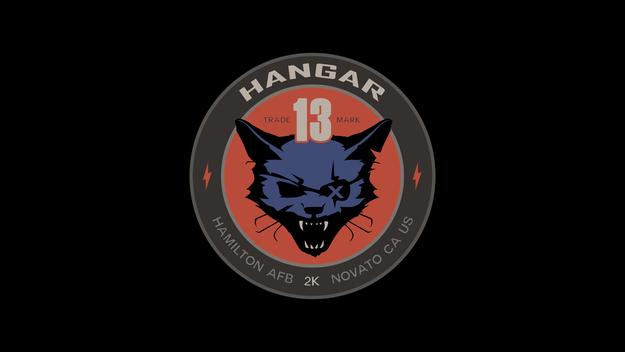 Earlier today Borderlands and BioShock publisher 2K Games announced the formation of Hangar 13, a new development studio under its 2K publishing label. Veteran game developer Haden Blackman will be leading the studio located at the 2K headquarters in the San Francisco Bay Area, and will be working on an unannounced next-generation title. Not many brand new console game studios appear these days, as the mobile gaming industry is simpler and represents less of a risk and building high-quality console and PC games is hard and expensive work. 2k jumping in to do the exact opposite as everyone else comes as less of a surprise. They never were afraid to take risks, and it has paid off before.

"It was an easy choice bringing on a talented creative mind and proven leader like Haden Blackman to head our new 2K studio. Under Blackman’s direction, Hangar 13 will lead the charge in creating some of the most memorable AAA experiences of this generation." says Christoph Hartmann, president of 2K. Blackman began his career as a writer at LucasArts Entertainment, and became the franchise director and senior executive producer for the Star Wars video game franchise. Blackman later went on to co-found Fearless Studios which was acquired by Kabamin in January, 2012. He is also an accomplished writer, he has won multiple awards, including the Writer’s Guild of America Videogame Writing Award and a GLAAD Media Award. Blackman is currently writing Elektra for Marvel Comics. Having worked as creative director on Star Wars: The Force Unleashed and as lead producer on Star Wars: Galaxies Blackman has plenty of experience and will now be working on this first unannounced title and developing the technology needed to support its ambitions.

"I really want to focus on games that live up to the mantra of 'every player's story is unique. When I say that I don't just mean the narrative. When I first got into gaming, the thing that was most exciting was when I could sit down with my brother and talk about playing a game and comparing the way we approached different problems in the game, different powers that we used. The gameplay and narrative choices of action games and role-playing games led me to love the idea that I'm a co-author of this experience. The moment-to-moment gameplay, the meta structure, the way that you impact the world, the characters, those are all things we're trying to hit on," he said in an interview with Polygon.

There are still no details on exactly what his team is developing, nor whether it is brand new IP or if they are working on an existing 2K Games franchise. 2K would not comment on whether Hangar 13 is related to the unnamed studio that Gears of War and BioShock Infinite producer Rod Fergusson was a part of. The current focus is on tech development and building content for the game. The tech is being developed for this title specifically and built to "service that vision in the smartest way possible." The company is assembling a sizable core team to do so, and has already acquired experienced members from all over the indusry. How huge they plan to get, Blackman did not want to say.

"I will say that the team is large enough that we're getting all the work done that we want to get done, it's small enough that we're still really nimble and communication flows well through the groups. But I can still identify everyone here by name and face."

With no clear timeline for when an announcement will be made for this new title, it is evident that speculations will have to remain unconfirmed for some time still. But we can always dream? What do you think will come out of this? What would you like to see them create?